Couple devastated after van they live in is stolen, then found severely damaged in Oakland 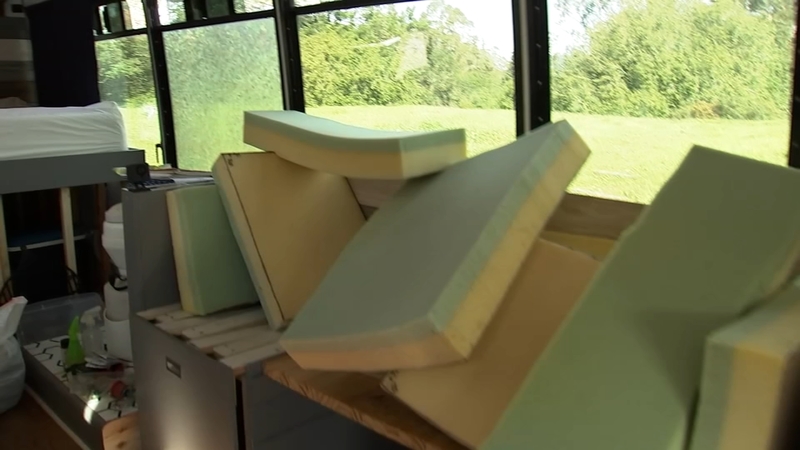 BERKELEY, Calif. (KGO) -- It was a seven-day stretch Ellie and her partner do not want to relive. They live in a renovated shuttle bus and use it to travel all over the country. They recently arrived in the East Bay to stay with family. However, while staying at a relative's home, someone stole their bus.

"My partner woke up one morning and told me it was gone," said Ellie, who didn't want to share her last name for safety reasons. "He got up to walk the dog and it wasn't there."

They say someone broke in through the driver's side door and started it with a screwdriver. It was gone for over a week.

"At first I was devastated and at times hopeless," she said. "It took me a while, but at one point it made me feel angry and frustrated, sad."

They got help from retired CHP Officer Marc Hinch, who runs a website dedicated to helping people find lost cars. He told the couple it most likely ended up at a homeless camp.

Disturbing video shows the moment a woman was attacked and carjacked in the Bay Street mall parking garage in Emeryville.

"They stole because of what is inside of it," he said. "I told them popular homeless camps and to keep an eye out for it."

Sure enough, it popped up at one on East 12th street in Oakland. They said all of their valuables were gone and the inside of the bus was severely damaged. When police recovered the van, someone was living inside it.

"We have a lot of mechanic work and cleaning to do," Ellie said. "We hope to have it all done so we can hit the road again."