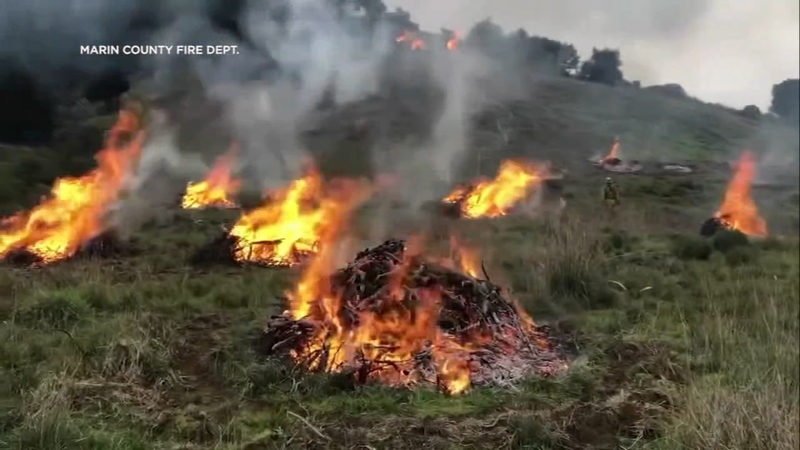 SAN FRANCISCO (KGO) -- Bay Area weather is forecasted to make a major change next week moving from rain to hot temperatures which could increase fire danger even though it's only March.

Rain made a cameo appearance in the Bay Area on the last day of Winter, giving wipers a workout in San Rafael. Umbrellas were up in North Beach and on the Embarcadero. The much needed rain is a welcome sight during our ongoing drought. Jessica Diaz France and her son Adrian will take it.

"We have lots of plants that want water so we have a veggie garden, it really helps us when it rains," said Diaz-France.

But our cool, wet weather will be gone before you can say, heat wave.

California's drought is expected to worsen this spring with warmer temps and lack of rain according to NOAA.

Temperatures are expected to spike next week, prompting a big concern for firefighters.

Chief Groneman says hillside grasses are dying out by the day, they haven't seen considerable rain since the start of the year.

California fights devastating wildfires with the help of these furry friends.

"When we have our inevitable wildfire in Marin, we will give our firefighters the greatest chance to be successful in its suppression," said Chief Groneman.

"The climate that's been affecting us for the past five to 10 years has shown us this pattern of earlier starts and later fire seasons," he said.