Bay Area housing prices up 20% since January, according to new report 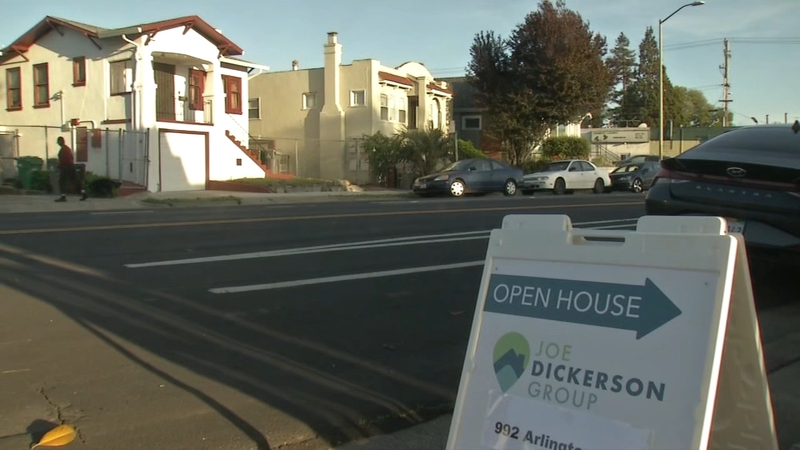 SAN FRANCISCO (KGO) -- Coming as a surprise to perhaps no one, housing prices in the Bay Area are becoming increasingly out of reach for more and more people.

A new report from online real estate company, Zillow, says some local homeowners are paying as much as 20% more on their mortgages just since January.

"That is not surprising to me at all," said Todd David.

David is the executive director of the Housing Action Coalition.

If you thought Bay Area home prices were out of control already, just wait for this spring season. Experts say it's about to get worse.

He says the problem with our persistently high housing costs come from a multitude of factors.

"These are the ramifications of the policy choices that we have chosen," said David.

David says California, and the Bay Area in particular, has built too little housing for about 50 years.

It's gotten so bad in the Golden State that we alone now account for half of the entire housing shortage in the U.S.

Those eye-popping statistics can be seen on the ground too, says realtor John Yen Wong.

Wong says the hot housing market means buyers are often times facing dozens of other people all interested in the same property.

He warns those trying to purchase a new place to have patience.

The housing market is expected to return to pre-pandemic, 2019 norms - at least in terms of inventory, according to Zillow.

"It could take anywhere from three to six months of looking very actively for opportunities before you're finally successful," Wong said.

But for those hoping for some reprieve, David says don't hold your breath.

In order to fix the problem, he believes several things needs to be done, with changing zoning laws, expediting approval processes and building more affordable housing at the top.

Without them, he says, we'll be stuck with the problems for years to come.

"We are just going to keep seeing the cost of housing go up," David said.