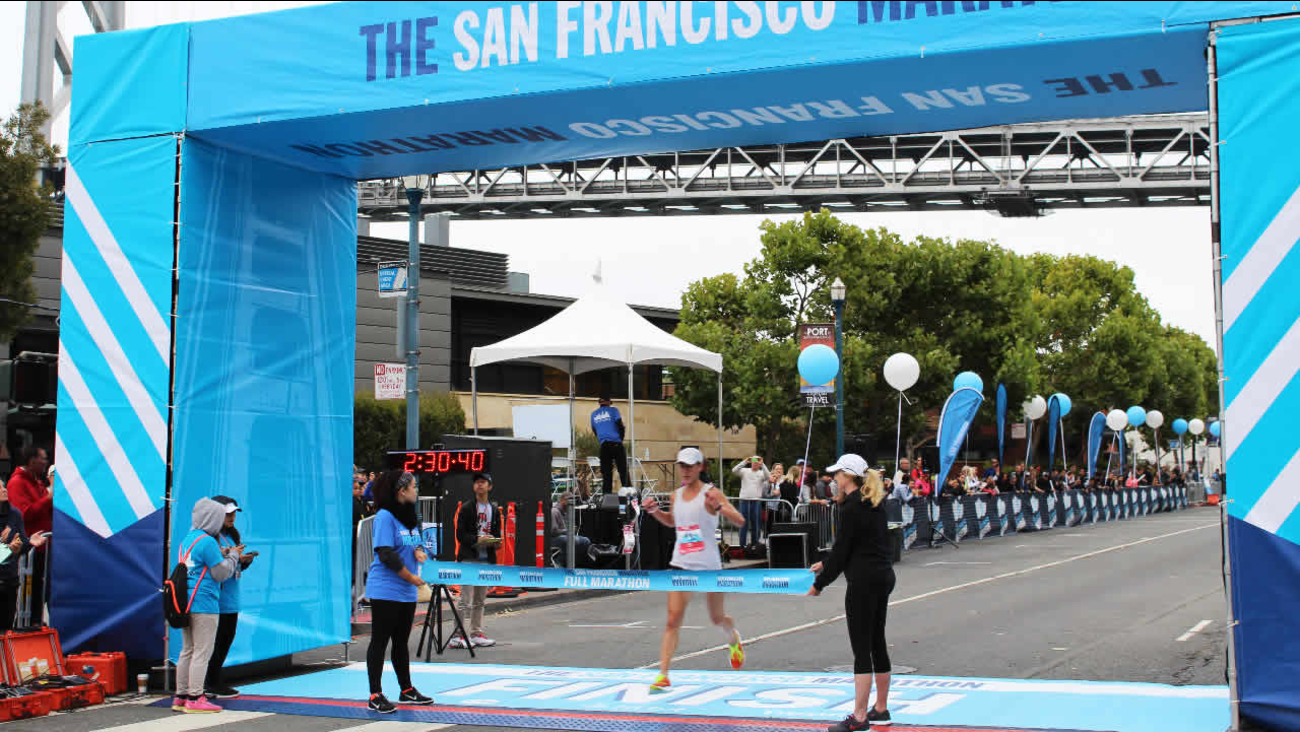 Max Haines-Stiles, 30, San Francisco, is the first to cross the finish line in the 39th Annual San Francisco Marathon on Sunday, July 31, 2016.

SAN FRANCISCO (KGO) -- Bay Area runners dominated the 39th San Francisco Marathon, which featured over 27,000 runners from around the world.

The winner's of the men's race, who came in first overall, was Max Haines Stiles of San Francisco. Oakland Tory Tyler, won the women's race. This is Tyler's first marathon win and her first time running The San Francisco Marathon.

Known as the original San Francisco race event with beautiful scenery and a strong community history, it's a sanctioned USA Track and Field race. It starts at the Ferry Building, runs along The Embarcadero, over the Golden Gate Bridge, through Golden Gate Park and the Haight Ashbury District before finishing in front of Cupid's Arrow near the Bay Bridge.

Click here for a map of the marathon and how to get involved for next year's race.