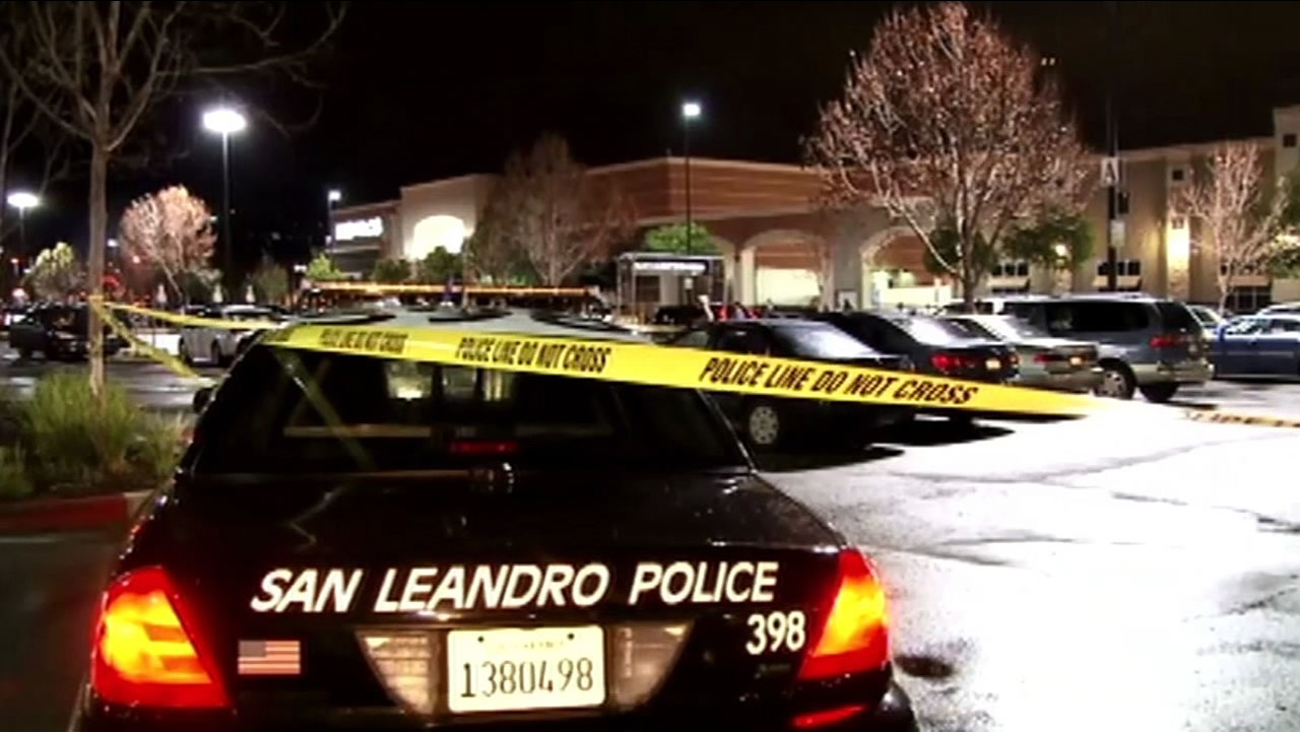 Police are trying to find out what triggered a shooting at the Bayfair Center on Thursday, January 14, 2016 in San Leandro, Calif. (KGO-TV)

SAN LEANDRO, Calif. -- Shots were fired outside the Bayfair Center in San Leandro Thursday evening, but police are still working to determine who was involved and what triggered it.

Police received multiple 911 calls around 6:40 p.m. reporting shots fired in the parking lot near the Old Navy and Bed Bath and Beyond stores, according to Lt. Robert McManus.

Witnesses said the shooting involved people in a car and two men on foot in the parking lot, but when officers arrived on scene they found the car was gone and the men on foot had reportedly fled into the mall.

Police searched the mall and located two men on the south side of the mall that matched the description given by witnesses. Those men have been detained and are being questioned, but it remains unclear whether they had any involvement in the shooting, McManus said.

Police found evidence that a shooting had occurred, including one car with bullet holes in it, but as of late Thursday evening do not know who was firing the shots or whether a gun battle occurred, McManus said.

Police are not aware of any injuries, and do not yet know of a motive for the shooting.

Investigators are reviewing security camera footage from both inside and outside the mall and interviewing witnesses, McManus said.

Witnesses are urged to contact the San Leandro Police Department.