BERKELEY, Calif. (KGO) -- We have new insight into why a balcony collapsed in Berkeley last week, killing six young people and injuring seven. It comes from a man hired to fix problems left behind by the same company that built the Berkeley complex.

Cheap materials, design problems, and lack of coordination between construction teams all played a role, according to one long-time industry expert who knows the issues first hand.

When Antony Mills saw what happened in Berkeley last week, he was shocked, horrified and frustrated. Mills told I-Team reporter Dan Noyes, "It's six people who won't be around. This is serious business. This isn't about marketing. This isn't about competitiveness in the construction industry. This is about people."

Segue Construction built Library Gardens where the balcony collapsed, and Mills' firm has been hired several times to fix problems at other Segue complexes. 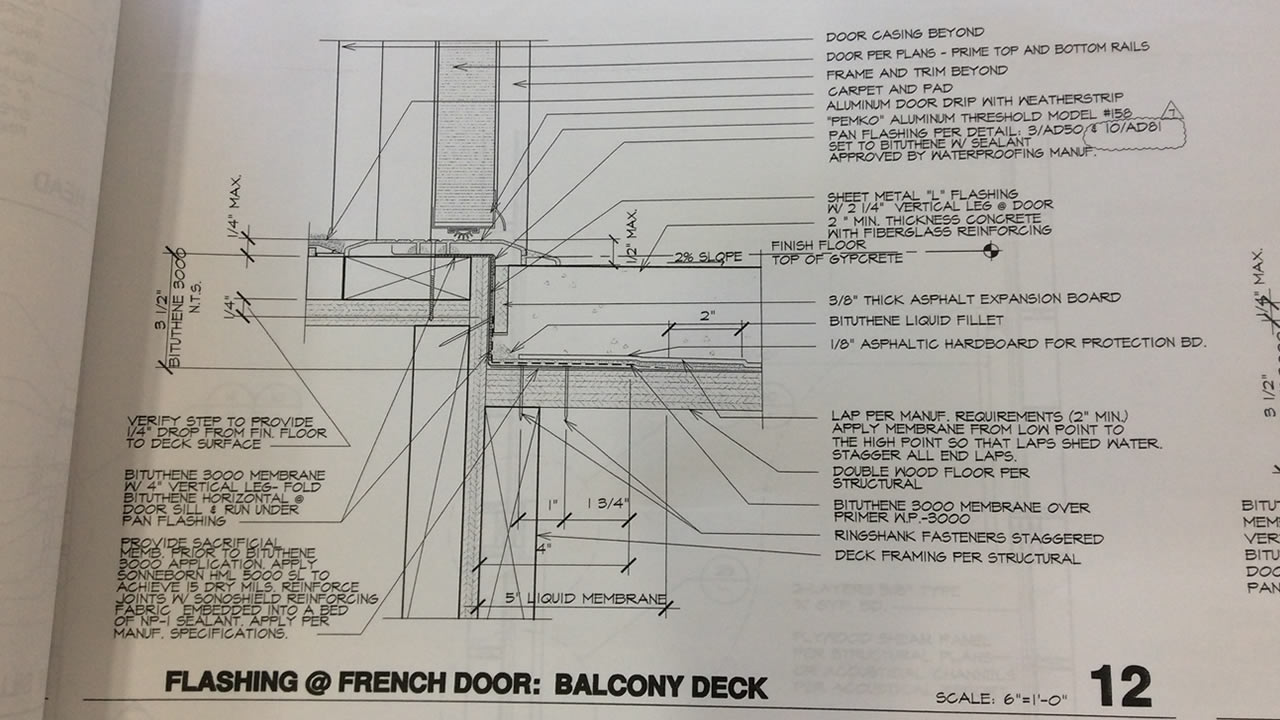 I-TEAM: Documents raise new questions for builder of collapsed balcony
The I-Team took the architectural drawings of the Berkeley building where the balcony collapsed to experts for their take.

Mills took the I-Team to Park Broadway condominiums in Millbrae Thursday, and showed us how balconies also built by Segue there suffered dry rot. But, Mills told us, it's nothing like the decay at the Berkeley collapse: "What I see here is some catastrophic decay, one of the worst instances I've seen in 20+ years."

Mills believes the decks had to have been leaking from the day the complex opened in 2007, and he has identified potential reasons why. Item one -- cheap materials, including a black moisture barrier seen hanging after the balcony fell.

Mills: "It is the cheapest membrane that we can put on a deck, yes."
Noyes: "And you wouldn't use that in reconstruction?"
Mills: "It's rare that we ever see that used, and in fact, where we see that product used are in planters or areas where there is low risk for life safety."

Item two -- when using a moisture barrier like that, Mills says you have to design a way for the moisture to escape, a "drainage medium" or "drainage plane". That should have appeared in the plans, but it does not.

"And there was no mechanism for the water to get out of the system," Mills said. "Once it got in, it was just trapped in there forever."

Item three -- the architect's plans don't reflect what was actually built. For example, the design calls for an extra support beam running flush against the wall, perpendicular to the support joists and just below them. It wasn't there.

Mills says so much of a project is sub-contracted out these days that the transition from one team to the next can be a problem. Mills said, "The transitions with construction is where we find all the defects. Typically, it's not in the work that most people do, most sub-contractors or general contractors do, but it's how that work marries together."

Reached for comment on this new information, a spokesman for Segue Construction would only say, "We continue to offer our full cooperation to all investigating authorities."