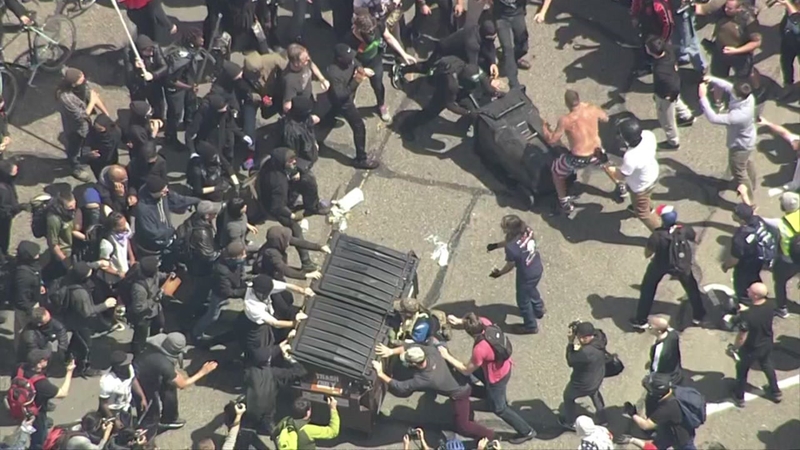 BERKELEY, Calif. (KGO) -- Protesters on both sides of the debate over President Trump's policies, and the direction the nation is taking are faced off in Berkeley Saturday.