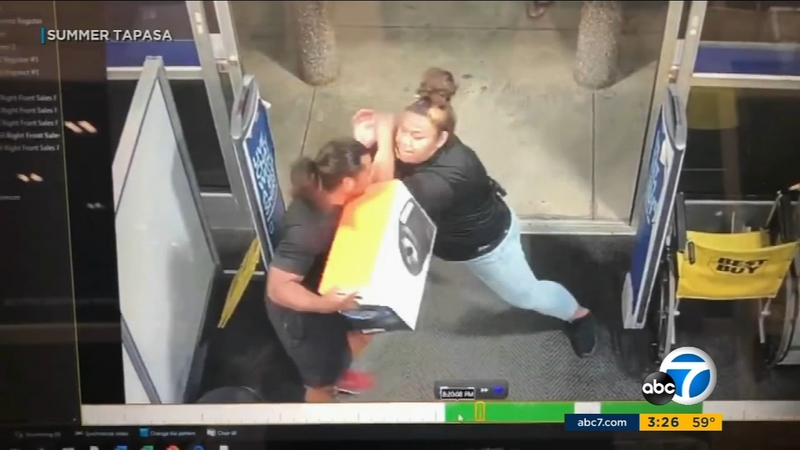 HONOLULU, Hawaii -- A woman working security at a Best Buy in Hawaii is getting attention - and a new job offer - after a video went viral of her blocking and tackling a shoplifter.

Summer Tapasa was on her shift as an asset protection worker when she saw the man trying to dash out the door with a pricey portable speaker.

Tapas says she saw the man shoplift another speaker from the store a few days earlier, but he got away.

Feeling fed up, she decided to take action.

Despite company policy not to engage physically with shoplifters, Tapasa blocked the man from leaving. The video shows her several times standing in his way and performing a football-style block, at one point wrestling him to the ground as he tried to run out past her with the speaker.

"That was my first instinct was to just stop him. He's not going anywhere. He's not about to do this again. I'm not about to let it happen, especially not on my watch," said Tapasa.

Other people intervened and the would-be thief left empty-handed.

Tapasa followed him outside to tell him not to return.

Her heroic action is now opening doors that could lead to a new career.