"I asked them repeatedly to double check and they completely blew me off," she said.
KABC
By Sid Garcia 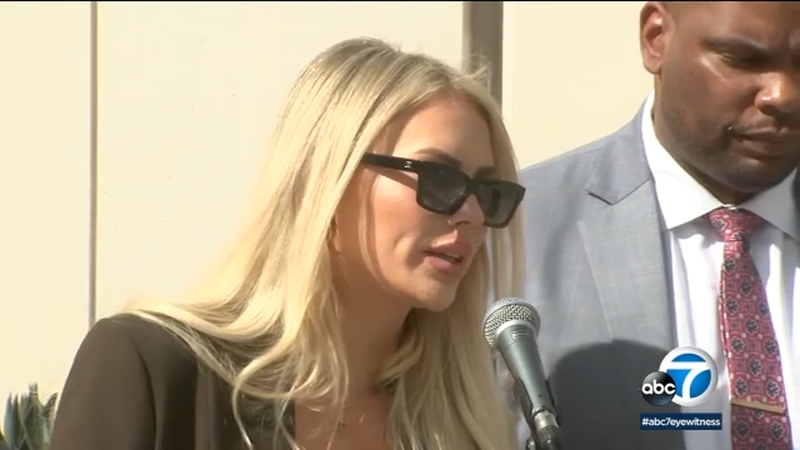 LOS ANGELES -- A woman has filed a lawsuit against the Los Angeles Police Department and Airport Police, claiming she was jailed for 13 days before police realized they had the wrong woman in custody.

A Northern California woman is suing the #LAPD AND #LAXPolice after spending g nearly two weeks in jail for having the same name of a wanted woman in #Texas. Details @ABC7 at 4 and 5. pic.twitter.com/EyHqXl3tL7

Bethany K. Farber's ordeal began last April when she was on her way to Mexico to visit family. She said Transportation Security Administration officials told her there was a warrant out for her arrest in Texas.

"I asked them repeatedly to double check and they completely blew me off," Farber said. "They said, 'Nope, Bethany Farber, we have you.'"

According to her legal team, TSA turned Farber over to LAX police, who then turned her over to LAPD and took her to the 77th Street station for booking.

"Now what's interesting, at the time Miss Farber is booked, the police do nothing to confirm whether or not this Bethany Farber is that Bethany Farber," Farber's attorney Rodney Diggs said. "This Bethany Farber, from what we understand, has an extensive criminal history. Her fingerprints are in the data base."

Farber's family hired lawyers in Texas and Southern California to work on her release. She was held for nearly two weeks at the Lynwood women's jail without bail.

Farber's family said after sending phone records and a photo to law enforcement and the district attorney handling the case in Texas, they received a response from the prosecutor.

"She said, 'Oh my God, we are so sorry, we will expedite this. We will get her out,'" Farber's mother Terry Brodie said.

On April 28, 2021, Farber was released from jail. She said the ordeal caused her ailing grandmother to suffer a stroke that led to her death.

When asked for a statement, LAPD and LAX police told ABC7 they do not comment on pending litigation. Farber's legal team said they're open to a discussion on settling the case.