Santa Clara County's Superintendent of Schools says one way they are revisiting the curriculum is to move away from "celebrating historical figures or individuals.. Really more so some of the tenants of democracy and some of the values that we hold."
KGO
By Jobina Fortson
EMBED <>More Videos

SAN FRANCISCO (KGO) -- You likely learned the line, "In 1492 Columbus sailed the Ocean Blue..." while in elementary school. The celebratory rhyme is in great contrast to the conversation surrounding Christopher Columbus in 2020.

His statue donned orange paint and was taken down in San Francisco this year, all while protests calling for racial justice were popping up around the country.

The Christopher Columbus statue at Coit Tower in San Francisco has been removed.

"There has been quite a renewed interest and deep curiosity about the things we maybe had been taught and now we understand there is a much richer source of information," Dr. Mary Ann Dewan, Santa Clara County's Superintendent of Schools, said.

Students will have questions and comments about what they've seen, or even participated in this summer.

Dr. Dewan said her office is experiencing re-energized efforts around implicit bias, anti-racism, and other training for teachers and staff. There have also been discussions about what they are teaching.

"One of the ways we're revisiting curriculum and content is to move away from some of the ideas of celebrating historical figures or individuals," Dr. Dewan said. "Really more so some of the tenants of democracy and some of the values that we hold."

"Particularly in this area, we need to be very mindful of youth voice and consider how youth can help to engage in and co-develop or co-create the experiences in the classroom," Dr. Dewan said.

Gwenn Lei is the Reading-Language Arts and History- Social Science Coordinator for San Mateo County schools. The county already has a plan to use the Black Lives Matter movement and xenophobia within their coursework.

"You know we can't wait for other people to be comfortable to engage in that kind of conversation," Lei said.

According to Lei, many teachers within her county are involved in civics in action.

"We're going to focus on anti-racist pedagogy within the history and social science framework and how to align that." 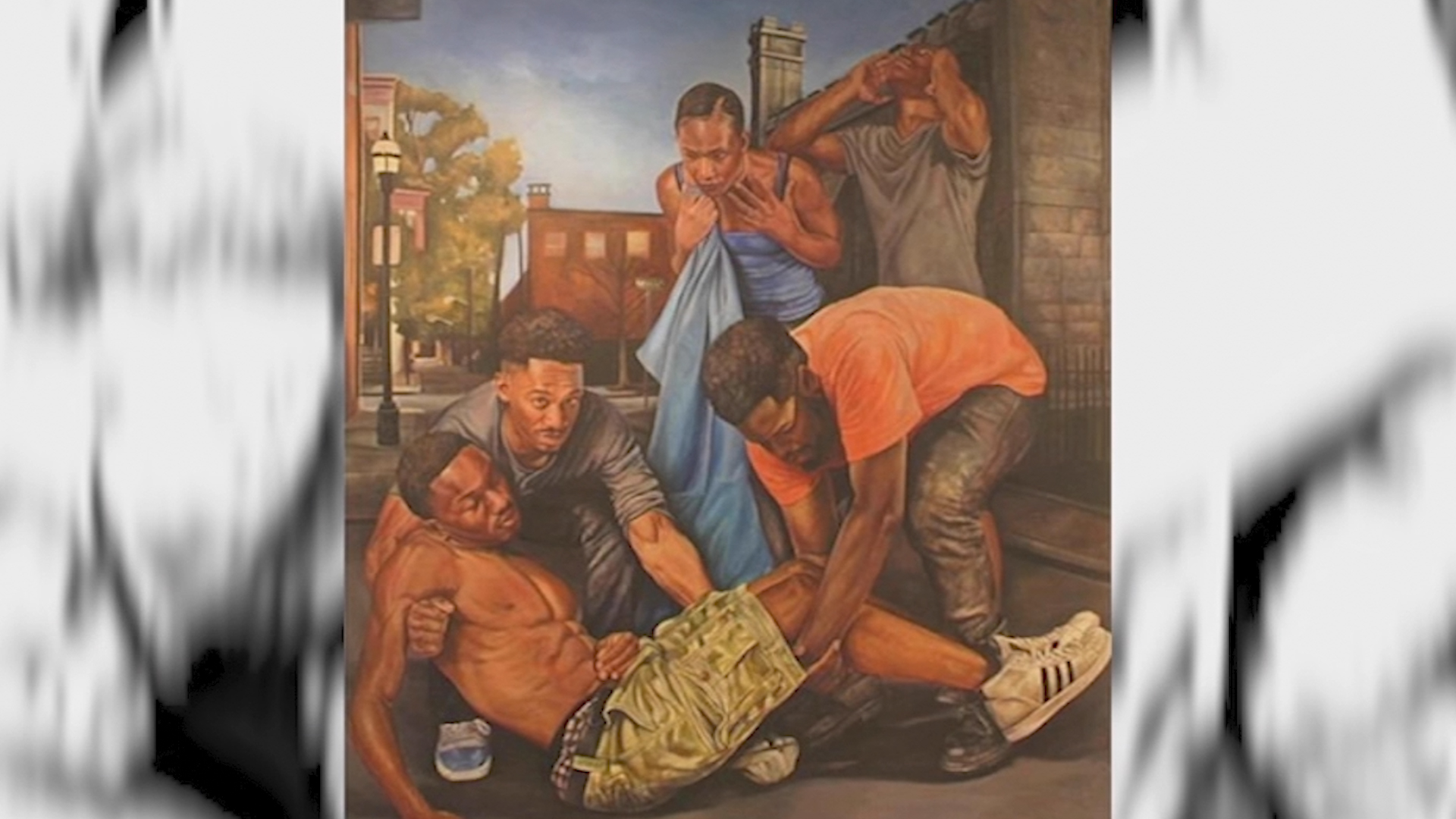 Artist, Tyler Ballon's mission is to make work that impacts others.

Students' voices will also be incorporated into the discussion.

At the high school level, many students are on the front lines of the movement. Sir Francis Drake High School is in the process of a name change. The statue of the British explorer and slave owner has been removed.

"We have an opportunity to look at those historical figures through a critical lens and really help students understand what that means and what we have missed," Dr. Tara Taupier, Superintendent of the Tamalpais Union High School District, said.

The efforts don't stop at historical figures for Dr. Taupier. She's working to dismantle systematic issues not only in the classroom, but in hiring. Dr. Kimberlee Armstrong is the new assistant superintendent of educational services and the first Black woman to have the job.

"Being able to unpack systems that have contributed to gaps that are seen across education is of course our ultimate focus," Dr. Armstrong said.

Among other priorities, Dr. Armstrong told ABC7 News she is working with a team to create social justice units that can be taught across all grade levels.

"The true injustice is a hyper-focus in one area, but not making sure that achievement is the end result," Dr. Armstrong said.

Several of the organizers of the Black Lives Matter protests met at the East Oakland Youth Development Center. The lessons they learned as kids about Black pride propelled them towards social activism.

The Tamalpais Union High School District has planned community forums to hear concerns and the board is working on an anti-racist education resolution.

"These aren't just words you know," Dr. Taupier said. "We have action steps that we can take that will hold people accountable."

In addition to all of these ideas, Ethnic Studies was brought up in almost every conversation with administrators and educators. There's a push for it to be a graduation requirement in California, but all 9th graders within the Oakland Unified School District already take it. They pull their experiences and images from their community and bring it to class.

"We do a unit on self-ethnographies which is about oneself," Booker Lett, an Ethnic Studies and U.S. History teacher at McClymonds High School, said. "So, what we do is bring up these issues of police brutality, we bring up the issues of racial profiling, I bring up examples of myself right here in the Bay Area."

The state released a new draft of the Ethnic Studies curriculum last week after criticism over what was and was not included. However, the theme still concentrates on four groups: African American, Chicano and Latino, Native American and Indigenous people, and Asian Americans.
"You have to be properly educated to understand what you're changing for," Lett said. "That's what we really start the class with. Because we don't want to self-promote ourselves too much that we forget there are other people that are in the same oppressive boat that we are in."

Concepts like trauma and social justice programs or even candidly talking about race- that will be new to others, have existed in Lett's classrooms for years. As an educator, he's excited by the opportunity he sees for change.

"The vehicle you can do that through is educating the youth," Lett said.