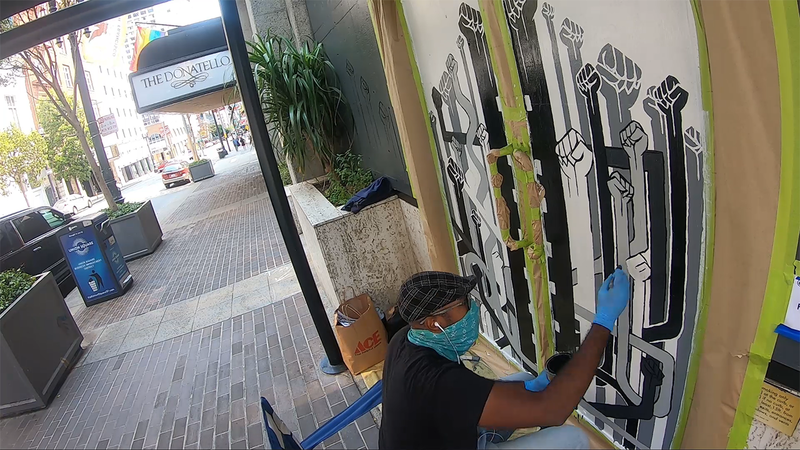 Road to Revolution: Time lapse of SF mural on hotel

SAN FRANCISCO (KGO) -- ABC7's Lead Designer Donavon Brutus spent a few days working on a mural on the doors of The Donatello Hotel in San Francisco. Below you will find his description of what motivated this piece:

"The days and weeks following the Deaths of Ahmaud Arbery, Breonna Taylor, and George Floyd there has been a swelling of support for the Black Lives Matter movement. I've found it interesting to notice the paths to that support.

Many have been fighting this fight since before most of us were born paving the way. Some joined the fight early as they knew right from wrong, Some have shown short burst of support that die off and start up again later. Some are Allies in solidarity, for others the fight is personal.

Some support has wavered over time through different events. Some support rose then leveled off only to rise again. Some who were apathetic or opposing have began to support recently. Some have devoted their lives to this fight."