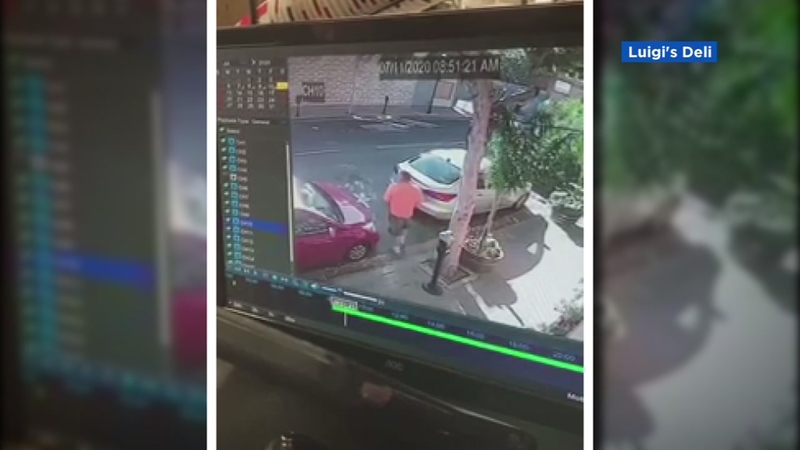 MARTINEZ, Calif. (KGO) -- Brazen video captured the moment a man is seen slashing the tires of a Martinez woman's car for what she believes is her politically charged posters supporting the Black Lives Matter movement.

Sydney Chinchilla works along Main Street in Martinez and was shocked to return to her car to find all four tires had been punctured.

Nearby Luigi's Deli provided Sydney surveillance footage that shows a man seemingly taking a photo of her vehicle then circling back with a device and makes holes in each tire, rendering her unable to drive the car.

TIRES SLASHED: a woman named Sydney told me the man in this video was caught taking photos of the signs in her car showing support for #BLM & defunding the police— then slashed all 4 of her tires in downtown Martinez. #BlackLivesMattter pic.twitter.com/0PbmCwmBXB

While Chinchilla says she can't say for certain this was the reason the man vandalized her car she believes it very well could be given recent incidents involving the vandalism of a Black Lives Matter mural in Martinez along with the graffiti of the words "White Lives Matter" on a nearby road.

Despite other cars in the area, hers has several bumper stickers and two cardboard signs she uses during protests with messages supporting equality for Black people, women and others.

A GoFundMe set up by a friend has already exceeded it's goal of raising enough money to help purchase new tires. Chinchilla says she is forever grateful for her community and will not let this experience stop her or other from making their voices heard.