Search resumes for 2 children at Sonoma Co. beach after father died trying to save them 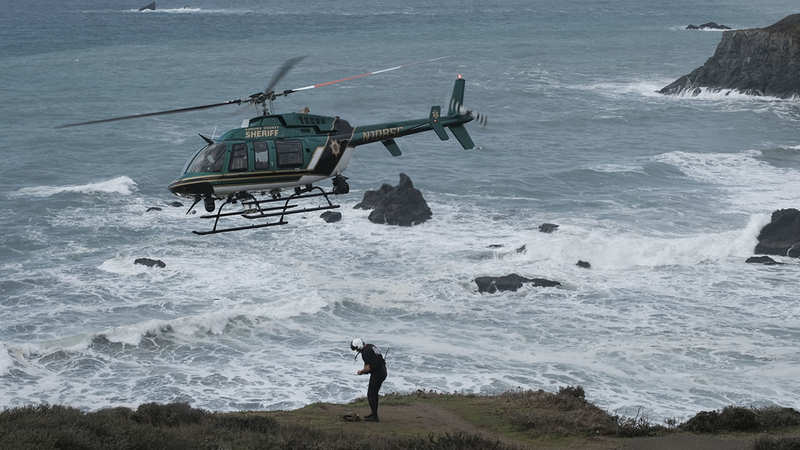 Search resumes for 2 children swept to sea in Sonoma Co.

SONOMA COUNTY, Calif. (KGO) -- The search resumed in Sonoma County Monday for two children swept to sea with their father, after a sneaker wave washed against the cliffs at Blind Beach.

"Today is a recovery operation," said Greg Probst of the California State Parks.

That tragedy has been compounded by the loss of their father, 40-year-old Michael Wyman of Petaluma, who appears to have died while trying to save them.

RELATED: Storm kicks up dangerous surf, 2 children swept out to sea at So. beach

Monte Rio Fire Chief Steve Baxman was one of the first to the scene. He says the wave caught all four family members, including the mother.

"His wife was sitting on a rock, crying, saying 'where is the kids?'" Baxman said.

It began when, despite high surf warnings, the family took a trail down to the beach.

Sneaker waves have a deadly reputation, but the family thought they were safe.

"Typically, they get hit by a wave, dragged down, pulled into the ocean and cannot get back to shore," said Probst.

"For a minute there I was thinking, 'This is very bad. There's no one around,'" Stuart Bee said.

Despite a search until dark on Sunday, rescue crews from the state and county could not locate the 4-year-old boy or his 7-year-old sister.

The only trace broke hearts as paramedics tried to save their father.

"The hardest part is that as they pronounced him dead, a piece of clothing washed in and out. It made everyone realize there was still someone out there," recalled Baxman.

It is not uncommon that waves wash people out to sea here. It last happened in 2018.

This, however, feels particularly tragic. Rescue crews did not expect immediate results as they resumed their searching Monday morning. Past experience tells them this may take two or three days, or longer.