'He was like the dad of the 90's': Bay Area fans mourn Bob Saget at SF's 'Full House' home 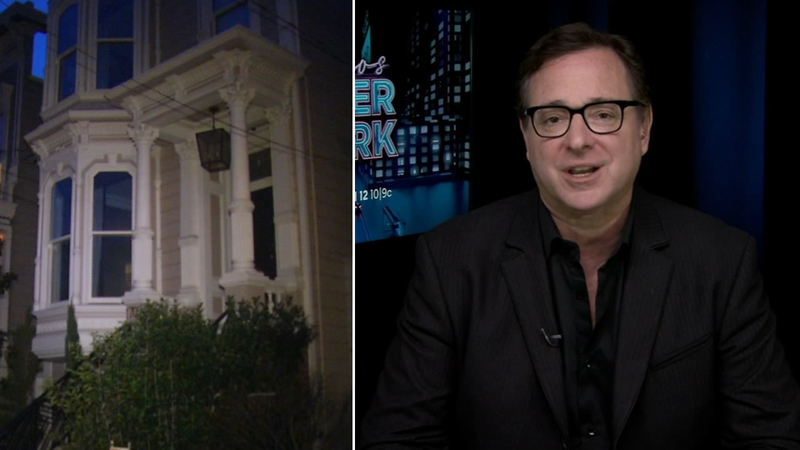 SAN FRANCISCO (KGO) -- Bob Saget, best known for his role as Danny Tanner on Full House, has died at the age of 65.

The cause of his death is unknown. Saget's body was found in an Orlando area Ritz-Carlton. Detectives say there were no signs of foul play or drug use.

Full House fans in San Francisco are remembering Bob Saget at a location that has become iconic among fans, the Full House home.

Full House, Danny Tanner, and Bob Saget fans have started to leave items outside the Full House home in SF. This in memory of Bob Saget who passed away at the age of 65. One man said, “White bread for Danny Tanner and beer for Bob Saget!” @abc7newsbayareahttps://t.co/UiMmNS8MHP pic.twitter.com/9blleIuc28

"I want to cry, it's very sad, I just saw it on the news," says Mary Risley of San Francisco.

"It's definitely sad news, he was like the dad of the 90s for everyone," says Emmeline Loyola.

Sunday night, more than than 2,800 miles from where Saget was found dead, Full House and Bob Saget fans showed up to that home in San Francisco.

On this night, flowers were left in Saget's memory. Scott Lucas said he left white bread for Danny Tanner and a Budweiser for Bob Saget.

RELATED: Comedians, friends, co-stars react to death of Bob Saget: 'I am broken. I am gutted'
EMBED More News Videos

Comedian and actor Bob Saget, who was most known for his role as Danny Tanner in "Full House," died on Sunday at a hotel in Orlando, according to authorities.

"It sort of touched everybody in my generation. My siblings, my cousins, all of my friends growing up. I'm from southern California, I think it sort of raised a generation throughout the country," says Lucas.

While Bob Saget hosted America's Funniest Home videos and was still traveling as a comedian, those we talked with all best associated him with Full House; and associated Full House with San Francisco.

Even youngsters who weren't around nearly 27 years ago when Full House last aired know of Bob Saget. Not only for the sequel called Fuller House, but also the old Full House show clips that have hit social media.

"Not in a bad way, people would like to joke around that he was that fatherly figure," says Laiza Ramos.

"It was the show you watched at 8 o'clock with your family, it was the family show," said Risley.

"Pretty sad news cause this was our childhood favorite show when we were younger," said Michelle Loyola.