'Carry his work on': SF nonprofit remembers Bob Saget who served on board for 25 years 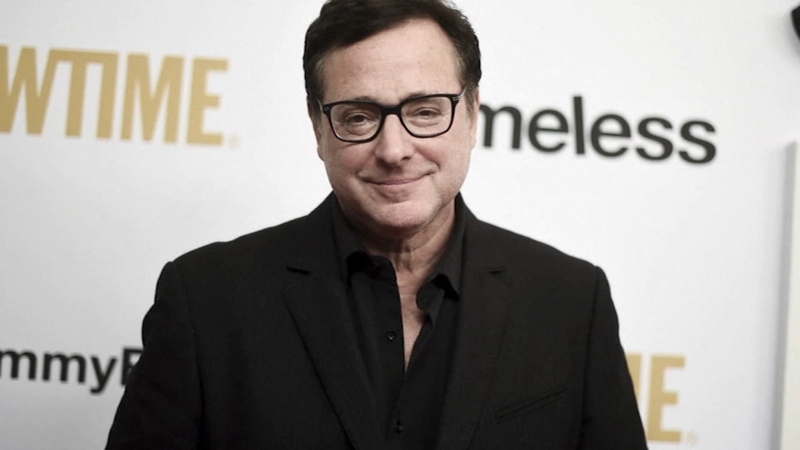 SAN FRANCISCO (KGO) -- Fans of "Full House" left flowers outside the San Francisco home used as the house for the TV show when Bob Saget's death was announced, but a nonprofit is also in mourning: The Scleroderma Research Foundation, based in San Francisco, where Saget served on the board for 25 years.

"I can't imagine the Scleroderma Research Foundation without him and his energy," Luke Evnin, Chairman of the Board, said Monday.

Evnin says it was a delight to work with Saget for the last 25 years. He says they were texting each other just a couple days ago, that his death came as a complete shock.

"I never imagined having to do this without Bob- going forward- it is just the saddest thing."

Flowers left outside the “Full House” house in San Francisco in memory of Bob Saget. pic.twitter.com/aYe7ipfmG0

Evnin says Saget's sister died of this rare, autoimmune disorder that causes inflammation of the skin and in other areas of the body. The attention that Saget brought to the cause made a huge difference in their efforts.

"We have been able to transform what we do with the money he has raised."

He says it was a delight to work with him on the board.
"He wanted it to be fun and a family and he was able to make that happen. Bob walks into the room and the room changes instantly."

Full House fans in San Francisco are remembering Bob Saget at a location that has become iconic among fans, the Full House home.

Evnin says they are distraught, but will keep his memory alive as best they can.

He hopes that people will remember The Scleroderma Research Foundation, even though they have lost their famous spokesperson.

"I believe Bob would say 'if you want to honor my memory, this is the thing that has been most important to me, outside of my family, over the last 25 years. Please give to the SRF, this is my legacy.'"

It is with a very heavy heart that we mourn the loss of our friend and Board member, Bob Saget. Bob was a champion for scleroderma patients everywhere since 1991 when he first became involved with the Scleroderma Research Foundation. Our memories of him: https://t.co/gjAeXEQItD pic.twitter.com/VQHJ9hsFEL