Will Brad Pitt and Jennifer Aniston make the internet's dreams come true by reuniting at the Oscars? 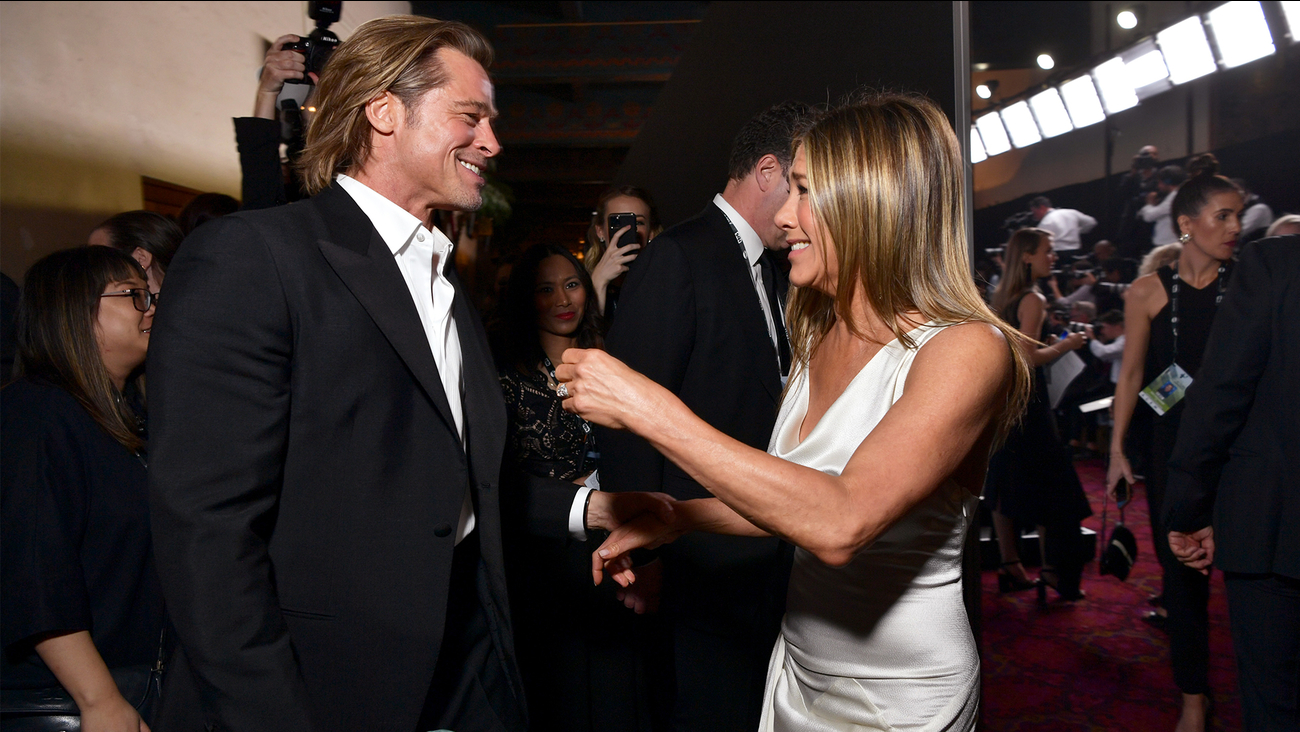 LOS ANGELES -- As the epitome of early-2000s red carpet romance, Brad Pitt and Jennifer Aniston stole our hearts as Hollywood's golden couple. Pitt and Aniston debuted their relationship on the 1999 Emmy Awards red carpet. After a whirlwind romance, Hollywood's "it" couple got married in 2000.

Five years later, Pitt and Aniston formally announced their separation to the public: "We would like to explain that our separation is not the result of any speculation reported by the tabloid media."

However, the internet is still congregating in a bout of collective nostalgia, analyzing every possible connection between the former couple (including the possibility that their shared stylists is a key indicator in the rekindling of their romance).

Brad Pitt tells ABC7's George Pennacchio how grateful he is to be acknowledged among all his friends at the 77th Annual Golden Globe Awards.

Social media exploded after Pitt and Aniston's reunion at the 2020 SAG Awards. The paparazzi caught the former couple at the picture perfect moment when Pitt caught Aniston's wrist and emphatically greeted her.

The sparks in their eyes has since been dissected on every entertainment outlet and social media platform--and for good reason, too. In case you need a refresher on the former couple's relationship statuses: they're both single.

Aniston separated from Justin Theroux in 2017 and while Jolie filed for divorce from Pitt in 2016, the pair's divorce was only finalized in April 2019.

When asked about his take on the fan response to their SAG Awards reunion, Pitt told Entertainment Tonight: "I'm blissfully naive and I'm gonna stay that way."

The former flames still continue to support each other, as seen in this sweet video of Pitt captivated by Aniston's acceptance speech at the SAG Awards.

With the biggest awards show of the year upon us, we only have one question on our minds...Will Pitt and Aniston have another reunion at the Oscars?

Unfortunately, the chances of this happening are highly unlikely. While Pitt is nominated as best supporting actor for his work in "Once Upon a Time in Hollywood," Aniston has been making the awards show rounds for her work on "The Morning Show," but will likely not be in attendance at the Academy Awards.

Nevertheless, we're still holding out hope that the stars will align and Pitt and Aniston will run into each other at this year's Vanity Fair Oscar Party.