After nearly a week of searching for Lt. Bradley A. Foster and four other sailors, the U.S. Navy on Sunday declared them dead.
KFSN FRESNO, Calif. -- A 29-year-old from Oakhurst, Calif. is one of the five Navy sailors declared dead after their helicopter crashed off the coast of southern California on Tuesday.

Lt. Bradley A. Foster was a pilot and one of the crew members aboard the MH-60S Seahawk helicopter that crashed off the coast of San Diego.

After nearly a week of searching for him and the other four missing sailors, the U.S. Navy on Sunday declared them dead, shifting the search for them to a recovery operation on Saturday. 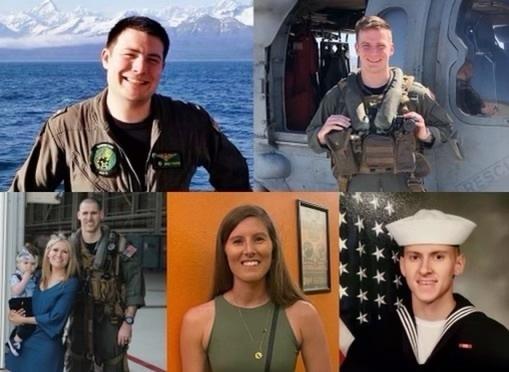 The helicopter, assigned to the USS Abraham Lincoln, was conducting routine flight operations aboard the carrier when it crashed on Tuesday.

A sailor aboard the helicopter was rescued shortly after the crash, and three others who had been on the carrier's deck were found injured.