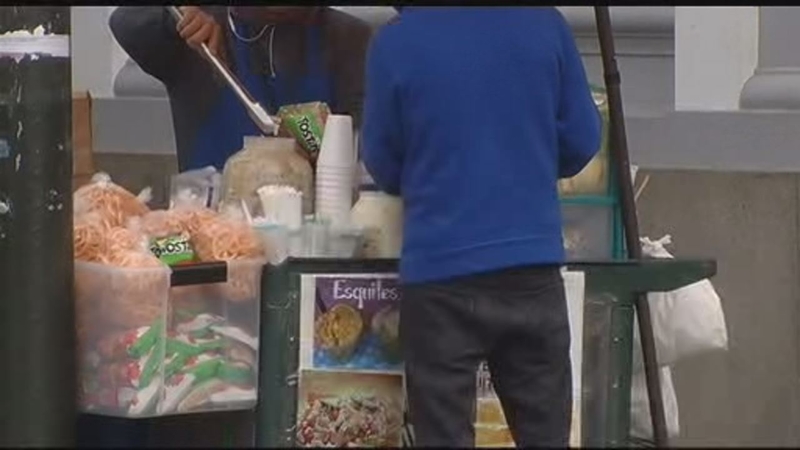 SACRAMENTO, Calif. (KGO) -- It will soon be easier for sidewalk vendors to operate legally in the Bay Area after California Gov. Jerry Brown signed a new bill into law.

"Gov. Brown's signature validates that thousands of sidewalk vendors are an important part of our economy," said Lara.

Lara says he introduced the legislation after hearing stories about sidewalk vendors being harassed and arrested.

RELATED: Vendor who had his cash confiscated by U.C. Berkeley officer receives $87k

In 2017, a hot dog vendor had his cash taken by a UC Berkeley police officer and given a citation for not having the proper permit.

And earlier this year, a woman called the police on an 8-year-old girl selling bottles of water outside of AT&T Park in San Francisco.

The new sidewalk vending law will let cities and counties create permit programs and establish health and safety policies for vendors. It also limits when they can be criminally prosecuted.

With @JerryBrownGov signing of #SB946 we can start seeing vendors for who they are — women, seniors, parents & micro-business owners. Ending criminal penalties & letting people contribute to the local economy! 🌽🍉🌮 https://t.co/pToRioOJZU pic.twitter.com/2Dt5zMjHmZ