Forward progress of 2 brush fires on I-580 in Livermore have stopped, CAL FIRE says 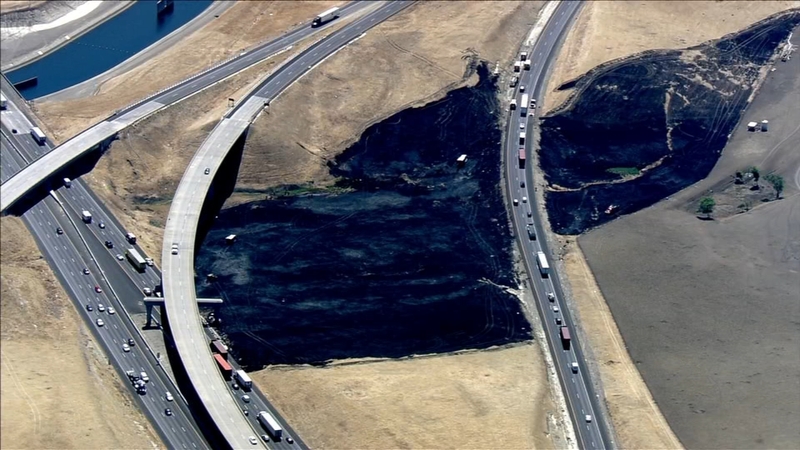 LIVERMORE, Calif. (KGO) -- Forward progress of two brush fires that burned on I-580 in Livermore have stopped, CAL FIRE said on Tuesday.

Crews were on scene of the two vegetation fires that burned near the Altamont Pass.

it prompted the closure of lanes on eastbound Interstate Highway 580, according to the California Highway Patrol.

The fire was reported around 9:40 a.m. and blocked at least two lanes of eastbound Highway 580 near the split with Interstate Highway 205, CHP officials said.

SKY7 was over the scene where you could see on the charred brush.

Firefighters are at scene of two vegetation fires off of EB Highway 580 in the Altamont Pass. pic.twitter.com/sPyVp3OxQx