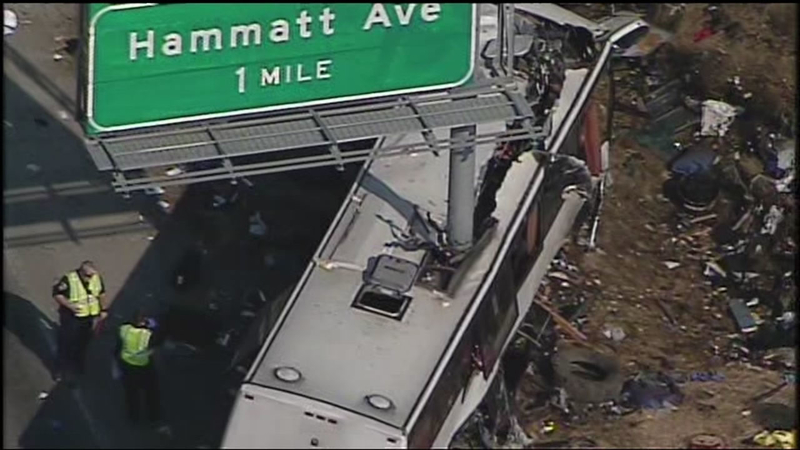 Bus company in deadly crash has history of violations


According to the Federal Motor Carrier Safety Administration, Autobuses Coordinados USA had 29 inspections over the past two years.

Federal regulators gave the bus company a "satisfactory" rating in May, but there could be more to the records than the rating indicates. CHP officers visited the company's headquarters on Monday.

The company hasn't had any crashes in the last two years. However, when it comes to inspections the company's percentage of vehicle and driver violations is greater than the national average. And the driver of the vehicle that crashed on Tuesday had the most significant driver violation on record.

The bus is registered to a Fresno company, though it's unclear if that company was operating the bus when it crashed. The company has 8 vehicles and 14 drivers in its fleet.

The most severe driver violation, which happened on February 5, 2015, involved a driver who was operating a vehicle on a suspended license.

According to an online criminal record check, that driver is Mario Vasquez, the same one who was operating the bus that crashed on Monday.

Vasquez was charged February 6, 2015, and convicted the following month.

Of 26 vehicle inspections, eight vehicles were placed out of service, more than 30 percent, which is higher than the national average of 20 percent.

Of 18 driver inspections, four drivers were placed "out of service." That's 22 percent, which is significantly higher than the national average of just five percent.

There was also an instance of non-working headlights, a tire worn down so much the inner material was exposed and two instances of worn, welded or missing steering system components.