KGO
By by Melanie Woodrow
SAN FRANCISCO (KGO) -- A popular San Francisco beauty retailer is under fire for alleged discrimination. Attorneys tried to resolve a discrimination class action lawsuit Thursday that alleges the company deactivated thousands of Asian customer accounts because it believed they were buying products in bulk to re-sell. Sephora says the case has no merit.

Sephora calls its customers Beauty Insiders. If you spend a lot of money you can become a VIB, or Very Important Beauty Insider. VIBs get special perks like access to exclusive sales. There's one coming up in early November. But during last year's sale, this class action lawsuit alleges many Asian customers couldn't shop the sale because Sephora deactivated their accounts.

Daud has spent so much money at Sephora she's gained elite status -- VIB Rouge. The title means she gets access to exclusive sales.

"It's definitely a really nice little red carpet treatment that you're getting," she said.

Many customers who earned the treatment are angry their Sephora accounts got deactivated last year.

A class action lawsuit alleges Sephora discriminated against Asian customers during one of its VIB exclusive sales. According to the suit, Sephora posted a message on its Facebook Page admitting it de-activated customer accounts due to reselling, which is purchasing products in large volume to resell through other channels.

Sephora denies the claims. The company says clients from many countries including the U.S. were impacted.

In an emailed statement the company said: ""As we have said before, the allegations in this lawsuit are untrue and the claims are entirely without merit. In fact, clients from many countries around the world, including the U.S., were impacted by the temporary outage of the Company's website during a promotional event last year. Sephora would never engage in any form of discrimination with respect to its clients, and it looks forward to full exoneration in this lawsuit."

While the attorney is not allowed to share details about the mitigation it could include some sort of relief for customers whose accounts were deactivated
Related topics:
businesssan franciscobeautydiscriminationbeauty productslawsuitasian americanu.s. & worldshoppingconsumerconsumer concerns
Copyright © 2021 KGO-TV. All Rights Reserved.
RELATED 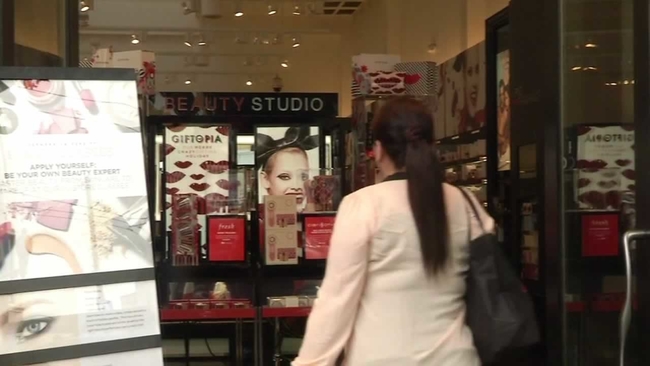 Biden: US will have enough vaccine for all adults by end of May | LIVE
3 Bay Area counties join red tier