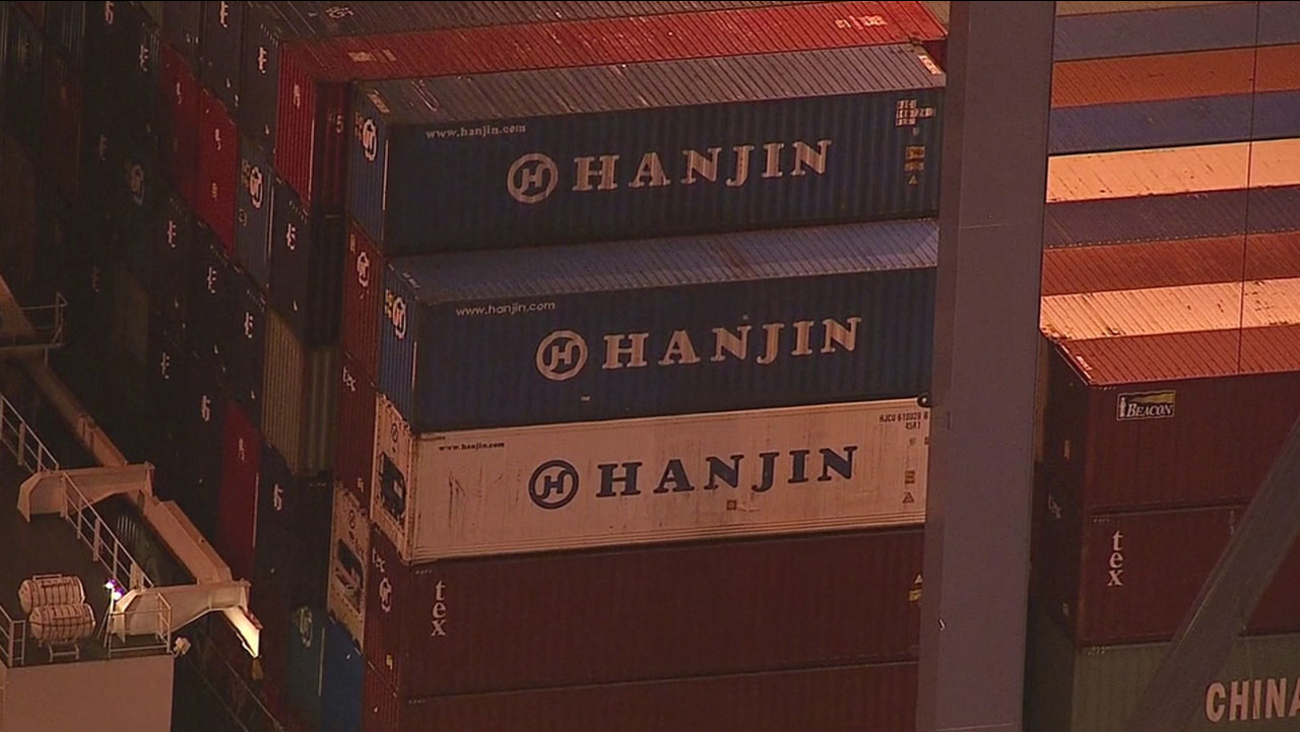 The filing leaves three full cargo ships stranded about 20 miles off the coast of San Pedro. The ships, which are from South Korea, China and Japan, were headed for the ports of Los Angeles and Long Beach.

The shipping company owns a majority stake in the Port of Long Beach's largest terminal, according to the Daily Breeze. The three ships' arrivals were postponed because pulling into port requires exchange fees and payments to harbor pilots and tug-boat operators.

According to the Daily Breeze, a funding plan by the parent company that owns Hanjin was rejected by Korean state-run banks, and the company's ships face possible seizures at some ports.

Several other ships are stranded around the globe, and it will take some time to figure out how to get the cargoes into the ports.
Related topics:
businesslos angelesoaklandu.s. & worldport of los angelesport of long beach
Copyright © 2020 KABC-TV. All Rights Reserved.
More Videos
From CNN Newsource affiliates
TOP STORIES
Coronavirus: Bay Area 3D printing company helping with PPE supply shortage