The couple says the passenger came up to their family and began screaming at their kids, referring to them as "pedophiles"
KGO
By Tim Johns 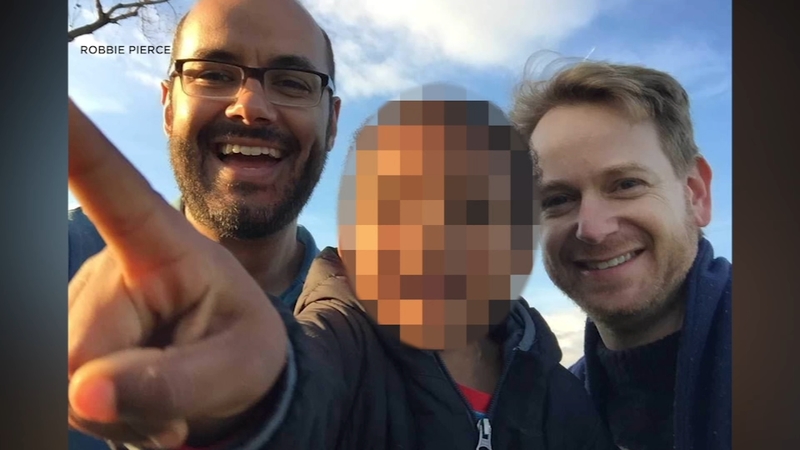 SAN FRANCISCO (KGO) -- What was supposed to be a fun family trip, turned into a nightmare Tuesday afternoon for Robbie Pierce, his husband Neal and their children.

The couple was hours into an Amtrak train journey from Los Angeles to the Bay Area, when suddenly another passenger came up to the couple and began screaming at their children.

"The first thing he said was, 'Remember what I told you. Marriage is between a man and a woman, and these people stole you. They're not your parents, they're pedophiles,"' Pierce said.

The couple says they were both shocked and horrified.

June is pride month, a time to celebrate inclusiveness of the LGBTQ community. But verbal assault toward a transgender teen in Marin County caught on camera is shedding light on discrimination in our own backyards.

Pierce's husband, Neal Broverman, immediately jumped up to separate the raging man from his kids.

"When you're a parent and your family or kids feel threatened, or you feel that they're threatened, you become kind of fearless," Broverman said.

Unaware if the man had some type of weapon, Pierce says he took his children to a different train car.

The kids, he said, were visibly shaken.

"They were both just sobbing. Just tears all down their faces. And my son was kind of just frozen. My daughter was yelling, 'why is this happening?'" Pierce said.

When the train stopped in San Jose Amtrak employees told the unidentified man that he had to leave.

A request he refused, until Santa Clara County Sheriff's deputies were called in for backup.

"He had been yelling, 'I'll die before I get off this train. You'll have to kill me to get me out of here,"' said Pierce.

The couple says while this isn't the first time they've experienced discrimination in public, this instance was the most extreme.

A vocal anti-vaccine and anti-LGBTQ group is taking aim at the mayor of the Town of Los Gatos and her family.

"These children have already had so much trauma. Like they've been through the foster system," Pierce said.

But despite the attack, the couple says they're determined to keep living their lives as normal. Speaking out for those who can't always speak out for themselves.

"They want us to be afraid. And so, as scary as it is, we can't let that win. We're just not going to let them drive us out of the public discourse," said Pierce.