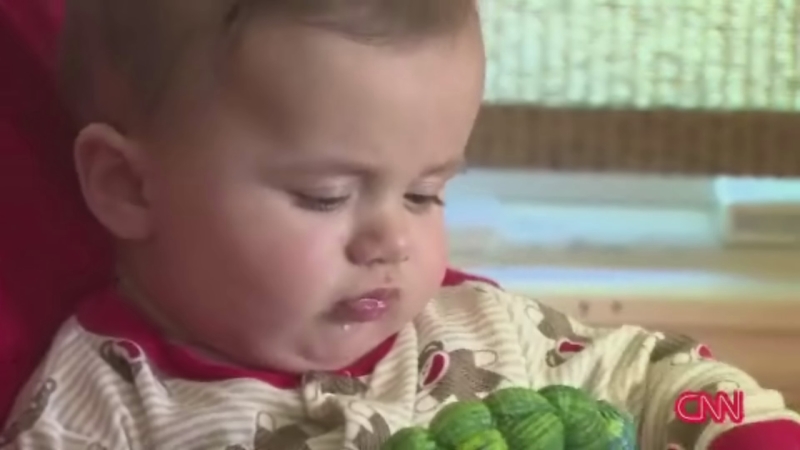 OAKLAND, CA -- An Oakland, California, couple is outraged that their daughter is in a 28-day measles quarantine, they say, as a result of a family that refused to vaccinate their child.

Jennifer and Dave Simon say their ordeal began after their daughter, Livia, went to the pediatrician's office on January 2 for a cold. What the parents didn't know -- and what they say they heard two days later from their doctor's office -- was that a child with measles was in the office the same day.

The Simons say they were told the boy with measles had contracted the disease because his parents had refused vaccination.

Livia -- who is 6 months old and too young to be vaccinated -- isn't sick, but they say they've feared the worst.

"We were really freaking out and really worried," Jennifer Simon said. "I'm angry. I was upset that someone who had made a choice that they felt was a personal choice that they could make for their child had endangered my child."

There's no word on how many other children and their families were impacted by the doctor's office incident, but nine infants in the county where the Simons' live are currently in quarantine, according to an Alameda County spokesperson.

Measles is one of the most contagious viruses on Earth. The disease can hang in the air or on surfaces for hours. Those who contract the disease can become deaf or die.

As of this writing, there are at least 95 confirmed cases of measles in seven states and Mexico the Disneyland exposure last month.

Jennifer Simon points out that vaccine refusers rely on other people to protect their children. It's called herd immunity. If the rest of the community is immune to disease, it helps keep the disease from spreading to those who are unvaccinated.

"You're basically relying on society, but not giving back," she said.

Livia's quarantine ends Friday, but the impact of the time behind closed doors has a lasting impact on the family. The Simons have lost money, as they had to miss work several days and then bring Jennifer's mother in from Houston to stay with the baby.