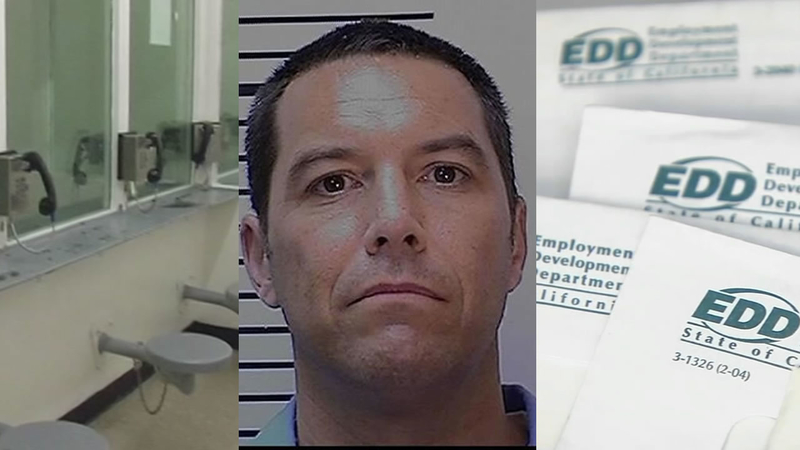 Prosecutors revealed this week that tens of thousands of inmates are involved in a scheme stealing upwards of $1 billion worth of unemployment benefits.

"I'm down to my last package of ramen," said Wilson. "I'm still struggling and they told me it might be 12 to 14 weeks before it gets reversed."

Wilson is one of tens of thousands of Californians struggling to get unemployment. His claim was flagged as fraudulent last month and he has yet to see a dime.

Schubert is one of the lead investigators working on this state-wide case. She explains most inmates are asking partners outside the prison to file unemployment claims with their social security number.

"They can make a phone call to their friends and family, asking can you file on my behalf? We know that's happening because of jail communications," she said.

"They oftentimes can use the jail phones to make the claims," she said. "They can use the contraband phones if they're in prison, which are illegal phones."

It's a story you'll only see on ABC7 News: More local charges are likely to be filed in an inmate unemployment benefits scam sweeping the country.

From there the EDD debit cards are sent to addresses that criminals stake out to access the money. In a few rare cases, the money has been sent directly to the prisons.

From March to August, 35,000 claims have been filed in the name of California state prison inmates. This includes the names of 133 inmates on death row, like Scott Peterson.

Stephanie: "Is there any evidence to suggest Scott Peterson was actually involved in this?"

Schubert: "What I would say in general, because there are high profile names that are on the list, clearly the claims were filed under the individual's name."

"There's a number of different ways and it's important that people understand that," she said. "Just because John Doe's name was on the list, does not mean John Doe did it himself, it could mean that he was involved...or it could mean that someone else took his identity."

RELATED: 'People need help': As many as 1 in every 3 EDD claims is fraudulent, security firm says

"Mr. Governor, get your head out of the French Laundry and do your job," said Patterson.

Patterson sits on the budget subcommittee overseeing EDD. He believes the agency could be helping facilitate the fraud.

"I think EDD, is sort of a dim-witted accomplice to all of this," he said. "They knew about this. They were warned about this, not just a few months, but years ago by a continuing review of the California state auditor. And they absolutely did nothing."

While a million workers still can't get unemployment benefits, EDD paid out a quarter million dollars to jail inmates running a scheme behind bars.

"Thanksgiving is tomorrow, Christmas is a month away and we have people getting evicted...people who had cars and couldn't pay for them," Wilson said.

Prosecutors said it is virtually impossible to retrieve the money that has been sent out as a part of the operation.

ABC7 has reached out to the Governor for further comment, but his office says the taskforce is already in talks with district attorneys to create a cross-referencing system. The idea is to mirror what's available in 35 other states that allow prison inmate data to be checked with EDD claims.

The ABC7 I-Team has made several attempts to reach the EDD, but has yet to hear back.