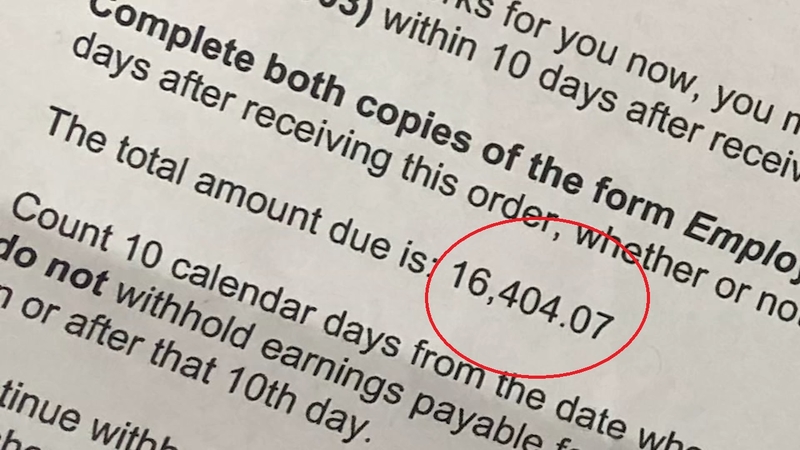 You may recall the EDD was so overwhelmed it wound up paying billions of dollars to scammers using stolen IDs.

Now, the EDD is trying to claw back that money -- but by mistake, it's going after the identity theft victims.

It happened to a peninsula couple who work at Stanford University. This couple had no idea a scammer had used one's identity to receive unemployment benefits in 2020 -- until the EDD confiscated her tax refunds -- and then her wages. All to pay back money EDD actually gave to a crook.

Emily Smith and her husband Rob were living a quiet life in San Mateo, both working in the academic serenity of Stanford University during the pandemic -- completely unaware they would be swept into the turmoil happening miles away at the EDD.

"We were expecting our tax refunds and we got these letters saying they had been seized instead. We were just like what?" said Emily Smith.

"So we're pretty much in shock, just in shock that it's proceeding without having a hearing at least," she said.

Emily, an editor at Stanford, and Rob, a digital producer, were stunned to find Emily's tax refunds had been confiscated by a state agency they had nothing to do with: the Employment Development Department.

"So we called the EDD and they kept asking me what my address was," Smith said. "At this point, I don't even know if anyone there has tried to track down what the problem was."

An EDD agent told her to file a claim, an appeal, and to confirm her employment.

"He said I should mail in a copy of my California driver's license, passport," she said. "I got my employer to verify I had been employed for all of 2020."

With his account frozen and his calls unanswered, one disability recipient went to the EDD office -- and found a line wrapped around the block.

But instead of tracing the reason for confiscating her tax refund, the EDD used that information to seize even more of Smith's money.

"I got another thing from my work this week saying they were going to start garnishing my wages in June," Smith told 7 On Your Side.

When she never did.

The couple was left to figure out what must've happened.

"Was it fraud, was it someone pretending to be me? Or was it a mistake of Emily Smith? Is there another Emily Smith somewhere?" she asked.

New moms were caught in the crossfire of the EDD's crackdown on fraud -- including one who was ordered to stay stress-free for the sake of her twins.

The court order itself shows the benefits were sent to someone in Pittsburg, California, using Emily's name -- but a stranger's address.

Apparently, a fraudster had used her identity to file a phony unemployment claim in 2020.

That's when the EDD admits it paid an estimated $20 billion dollars to scammers claiming unemployment benefits -- many using stolen identities.

"And that makes me wonder, are they going after Californians like me to get that money back? Is that what's going on here?" Smith asked.

The couple says when they called the EDD, the agent didn't try to trace the fraud, but seemed to only want her employment information to get her wages.

Bringing a new baby into the world is a time of joy and stress. But as many brought their newborns home, they found the EDD had frozen their benefits.

"What, did he get a bonus for tracking down some money instead of helping us for the obvious fraud?" she asked. "They're still not dealing with the fact this is totally fraud and it's up to us to disprove it."

Smith now faces a court hearing before a judge in an appeals court. The burden on her to prove she didn't take the money.

"The fact we're on the hook until this gets cleared up, it's scary, it's frustrating..." said Rob Smith.

"Or that my wages would be garnished," finished Emily.

"All of the things I got from my work say to get an attorney. I can't afford an attorney. I'm not the kind of person who has an attorney on call," Emily Smith said.

7 On Your Side brought their case to State Senator Josh Becker (D - San Mateo) who represents their district.

"It feels like due process is being ignored," Sen. Becker said. "It's just unfathomable that EDD would go after victims of identity theft, but that's what's happening here."

We asked EDD how many tax refunds it has seized and why it took Smith's money without investigating first.

After our inquiries, and the senator's intervention, EDD did agree to return Smith's tax refunds and wages.

"Knowing we were not alone in this really helped, so thank you," Smith said.

The EDD has not said how much it's confiscated in wages or tax refunds, trying to claw back fraudulent payments. If it happens to you let 7 On Your Side know about it. We can help.