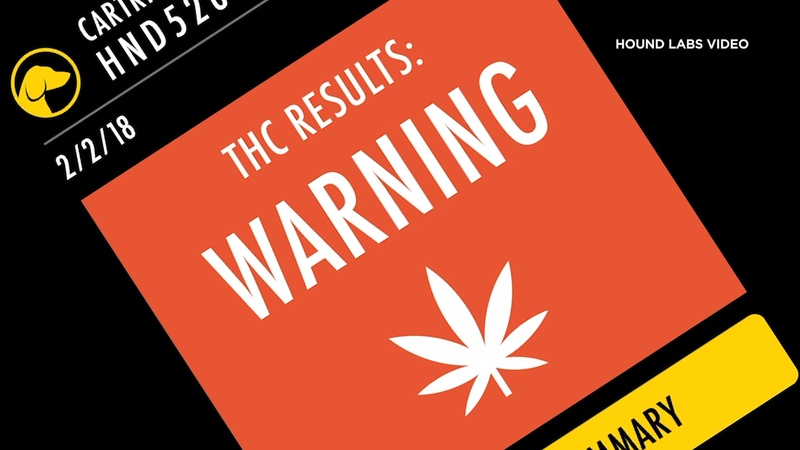 OAKLAND, Calif. (KGO) -- Cannabis may be legal in many states, but driving high is not. That's a problem police departments across the country are facing. An Oakland company has been working on a solution for the last six years and it is now being tested on local streets.

It happens regularly across the Bay Area, a driver pulled over for driving erratically. If the driver was drunk from alcohol a breathalyzer would determine whether he is under the influence. If he was high on weed, you used to have a blood test to confirm that.

Now, for the first time, we are seeing a pot breathalyzer being used by local law enforcement.

Oakland-based Hound Labs provided us with video of the Alameda County Sheriff's Office testing out their device, a breathalyzer that can detect the presence of THC, the psychoactive component in cannabis that makes you high.

"Marijuana is legal, as is alcohol," said Hound Labs' Mike Lynn. "But we're not allowed to drink beer and drive, and there's an absolute reason why people are not allowed to smoke pot and drive."
According to the Rocky Mountain High Intensity Drug Trafficking Area report, pot-related traffic deaths increased 48% in the years after when cannabis was legalized in Colorado almost six years ago.

The device can detect whether someone has smoked or ingested cannabis within the last three hours, which is the period when users are most likely to be impaired.

"So if you haven't consumed marijuana in the last few hours you are not going to have it in your breath," said Lynn.

The Alameda County Sherriff's Office agreed to test the Hound Breathalyzer in the field.

"What we've seen trending with the addition of the legalization of cannabis in California is that we are coming across more and more marijuana-impaired drivers," said Alameda County Sheriff spokesperson Sgt. Ray Kelly.

"It's not hard to determine if there is THC on someone's breath if they have been smoking it," Kelly said. "It's when they're ingesting it through edibles, which have become much more popular. That's extremely valuable to law enforcement."

There is no state or national benchmark for gauging how high someone is. So, the Hound breathalyzer will give police another tool to determine if someone is someone is too impaired to drive.

Hound Labs is expected to start selling its device early next year.