Man accused of shooting a Texas mom while driving has done this before, prosecutors say 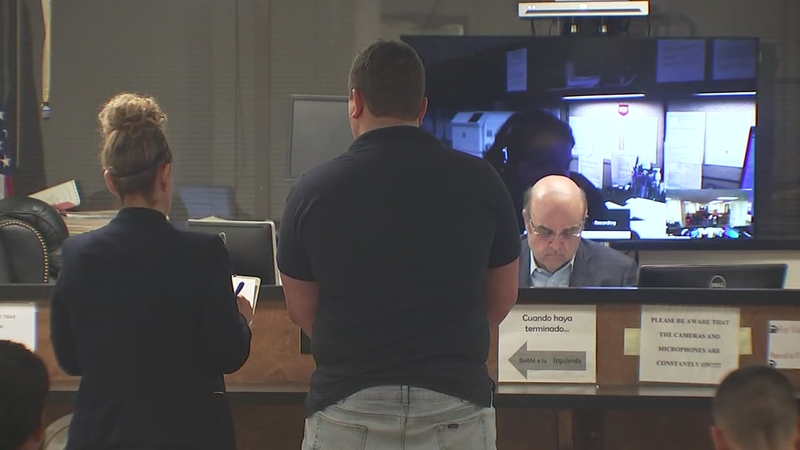 Man admits to shooting at drivers

KATY, Texas -- The man accused of shooting and injuring a woman while driving in Katy, Texas, has been involved in similar shootings before, according to new details learned in court.

Nicholas Dagostino, 29, has been charged with aggravated assault with a deadly weapon for the July 10 shooting. He faced a judge on Friday.

Authorities say Dagostino was traveling in the 900 block of S. Mason Road when he shot the mother of two because she swerved into his lane twice.

According to prosecutors, Dagostino claimed the shooting was in self-defense.

Authorities say a man confessed to shooting a Katy mother because she swerved into his lane twice.

The woman says she heard a loud pop and noticed her windshield was shattered. She pulled over and saw blood running down her arm.

That's when she realized she had been shot. The woman was hit by a single bullet through her upper arm. Doctors say it stopped millimeters from her heart.

Officers identified Dagostino as the suspect after seeing his green Ford Explorer in a surveillance video.

Nick Dagostino arrested for shooting woman driving SUV. He allegedly fired from this Ford Explorer, in lane next to her. He’s admitted to doing this 5x in the past. Recognize his SUV? @SheriffEd_HCSO asking other victims come forward. #abc13 https://t.co/IlbOlE6Hr6 pic.twitter.com/j66WwwsH8I

One of the pictures was of a .45 caliber handgun, which was the same caliber of the weapon officers listed in the police report.

Officials say Dagostino admitted to them that he had shot at vehicles at least five other times in similar situations.

A .45 caliber Beretta handgun was found at his house. Authorities say he confirmed this is the weapon he used in the shooting on July 10.

He was arrested on Thursday.

HCSO investigators have arrested Nicholas Dagostino for shooting and seriously wounding a female driver on S. Mason Rd. 2 weeks ago. Sheriff Gonzalez and investigators will hold a media availability tomorrow at 10:30 AM details to follow pic.twitter.com/09hkbZWpTS

The victim still has the bullet lodged in her chest. Doctors are expected to remove it in a few months.

In an interview with Eyewitness News, the young mother says she's in pain. Her 10-year-old daughter has to help her change bandages and put on deodorant.

"I just feel like I'm a miracle. The bullet still in your chest ... to walk away ... there's no other explanation," she said.

Authorities are asking anyone who may have been shot at by Dagostino or may have information about him to call them at 713-274-9210. You can also call Crime Stoppers at 713-222-TIPS.

Days after nearly being killed on her way to a car wash, a Katy mother talked about the near-death experience.