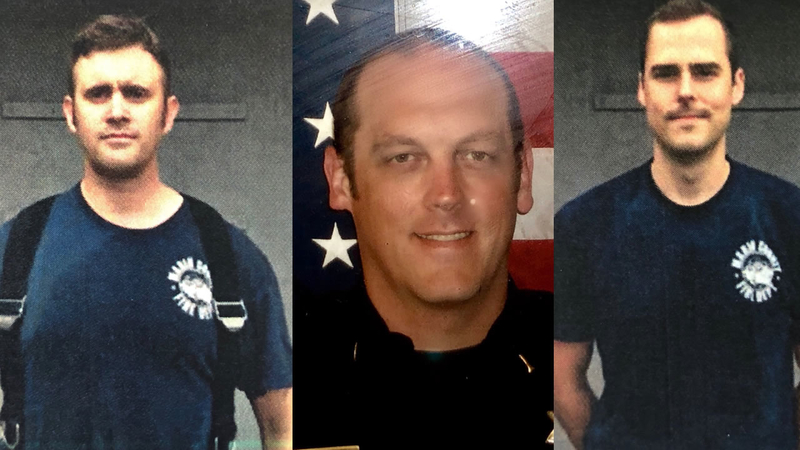 REDDING, Calif. (KGO) -- Three Marin County firefighters injured in the Carr Fire are out of the hospital and resting. For the first time, we are getting a better idea of who the firefighters are.

The county has a total of 85 firefighters scattered throughout the state. Fighting these fires, 24 of them are responding to the Carr Fire in Shasta County. Three have been injured.

Scott Pederson, Tyler Barnes, and Brian Cardoza are the three men with the Marin County Fire Department who were burned combatting the explosive Carr Fire Thursday night in Shasta County.

They took shelter in their fire engine.

"The main fire front was approaching them and they experience a sudden heat blast from some vegetation adjacent to them," said Marin County Fire Department Battalion Chief Bret McTigue.

Pederson and Barnes suffered minor injuries and were released from the hospital Thursday night. Cardoza received second-degree burns to his face and was taken to UC Davis burn center for closer inspection.

ABC7 News made contact with Cardoza, who is resting at his home in Sonoma County. His girlfriend says he's in good spirits.

This year's fire season isn't even halfway over and is already exhausting fire crews.

"The fire season never really ended for us. From the Sonoma fires to Santa Barbara to the mudslides in Santa Barbara and coming right back into the fire season," McTigue said. "We really haven't had the opportunity to get a break from fire season. In California it's year-round now."