Officials are working to identify three people who died in a fiery crash after a car fleeing authorities crashed into a taxi in San Francisco on Saturday.

At about 9:20 p.m., officers near Fifth and Bryant streets observed a white Chevrolet driving recklessly, according to CHP officials.

When the officer tried to pull the Chevrolet over, the Chevrolet failed to stop and ran another red light. The officer decided to discontinue the pursuit for safety reasons.

Inside the Chevrolet, two bodies were found. The body of a third person who was ejected from the Chevrolet was located near the crash site.

The taxi driver sustained mild to moderate injures and was taken to the hospital for further treatment.

"The CHP is committed to thoroughly and professionally investigating this incident. I want to offer my sincere condolences to the involved families of the three young men who have passed away in this traumatic event. This tragedy has deeply affected all of us at the CHP," Commander of the CHP San Francisco Area Office, Captain Christopher Sherry said in a statement. 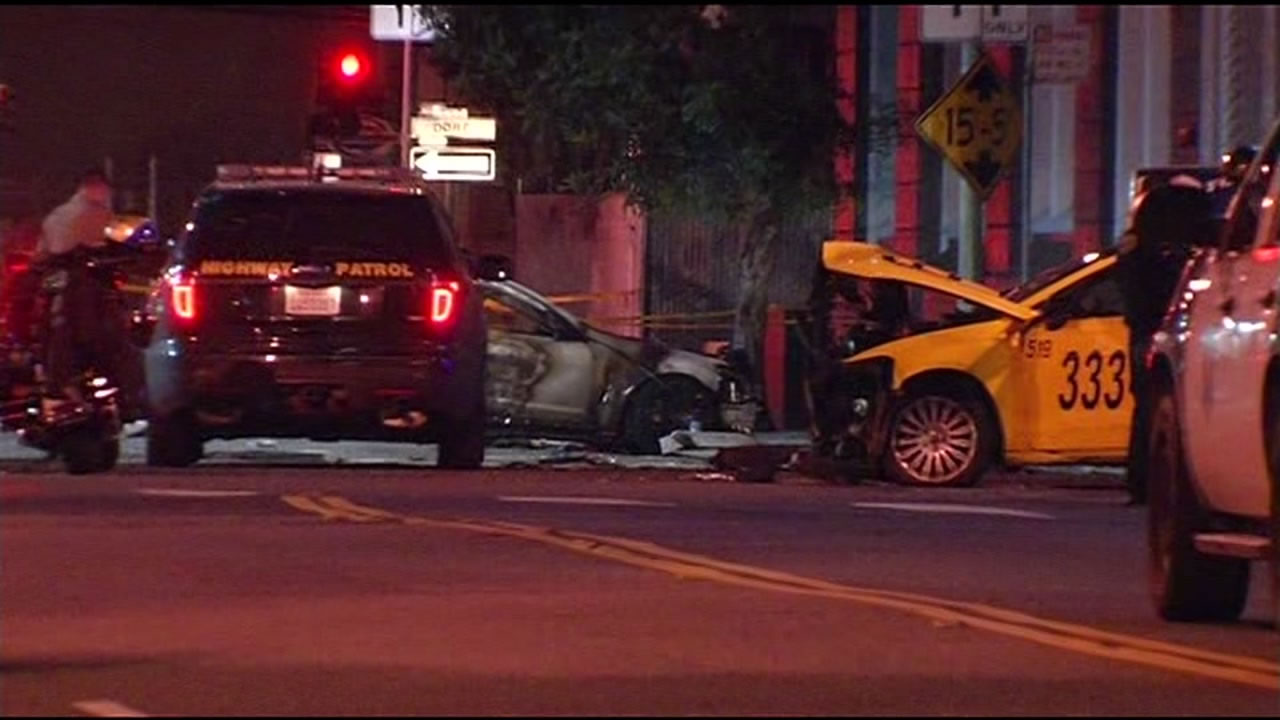