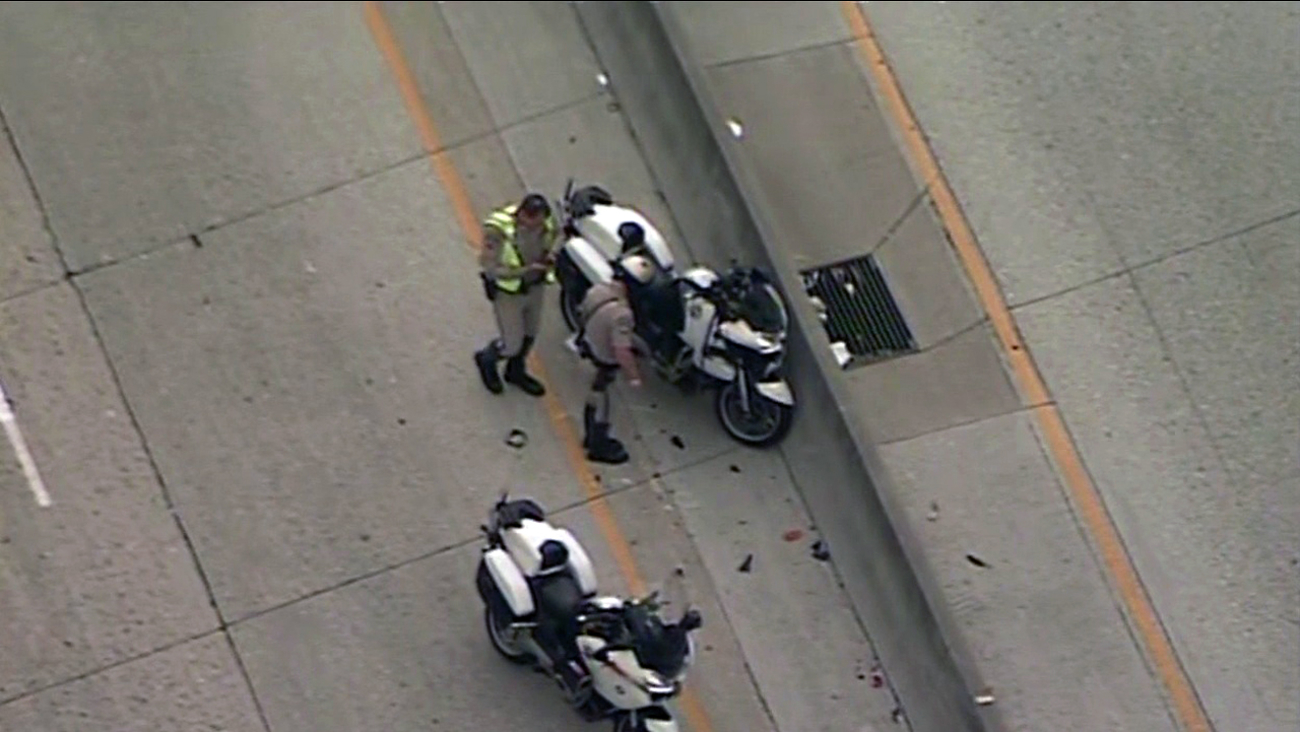 SAN JOSE, Calif. -- A California Highway Patrol motorcycle officer who collided with another car on Interstate Highway 280 in San Jose this morning has been sent to a hospital for minor injuries, a CHP spokesman said.