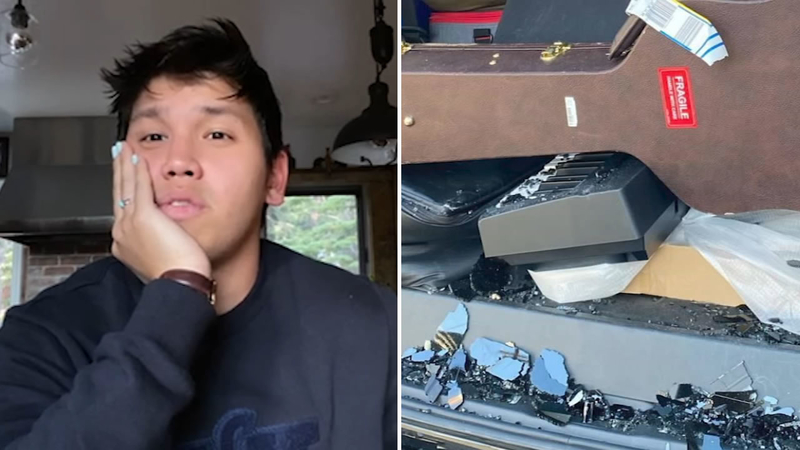 SAN FRANCISCO (KGO) -- A popular singer-songwriter and TikTok star, in town to shoot a music video and documentary for his new album, says he and his crew were held up at gunpoint and robbed of their gear.

Aussie singer Clinton Kane has more than 100 million streams of his music online and is known best for his song "I Guess I'm In Love."

He and two friends had just arrived in the city Friday afternoon. After parking in the Marina District for lunch, Kane says he noticed men breaking into his car and stealing $30,000 in equipment.

Friday afternoon around 3 he & friends parked in the Marina. Shortly after they noticed men breaking into their car.

Kane & his mates gave chase. That’s when he said they were held at gunpoint.

Kane joked with me that he would never come back to SF. pic.twitter.com/bYhMGjwyWA

He and his friend gave chase and that's when things took a turn.

"They all pulled guns on us, it was two and two of my mates. It was very weird, it was very scary having a gun held to my face. I had so much adrenaline and confusions and shock and fear...I peed my pants. Not actually but in my head I was," Kane said.

Kane joked he was never going to come back to San Francisco after this experience. He will though be back in the city on tour in December and says he plans not to bring anything expensive and reminds everyone not to keep valuables in the car.