Crews say it grew overnight but are also mapping it better from above on Wednesday morning after catching their breath from the intense night. The fire is 10 percent contained.

Crews are having to hike miles just to get to the fire, but it is active.

As firefighters faced the damage, they promised an all-out assault Wednesday morning. "We are gonna hit it hard and fast during the course of this morning. We need to get our crews up to the head of the fire," Cal Fire Batt. Chief Schott McLean said.

They launched an all-out attack from above, but also faced it head on at the ground level, setting backfires.

They set one right next to the Canyon Creek Resort in hopes of creating a buffer of burned out terrain.

Some campers escaped on Tuesday night, scrambling out so quickly that they left their tents behind.

Others decided to stay, saying they felt safe when they saw the firefighters. "We know we are protected. They aren't gonna let anything happen to Canyon Creek, they've all been here so many times they know what to do," camper Kathy Chesbrough said.

Still, some admitted it was a long, restless night. "I slept for two, three hours at a time, and got up and looked out then laid back down," camper Robert Hillegeist said.

Extra firefighters arrived overnight and still some are on their way. They're responding aggressively after this fire exploded late Tuesday.

Firefighters ordered campgrounds and the Golden Bear Estates neighborhood to evacuate. "It was an amazing show, with the helicopters and the water drops last night," Hillegeist said.

They say the grass grew back this winter so there was a lot to burn. It is in a very rural, rugged area.

Officials aren't lifting the evacuations but they say it isn't moving toward homes right now so there's no dire threat.

No one has been injured. 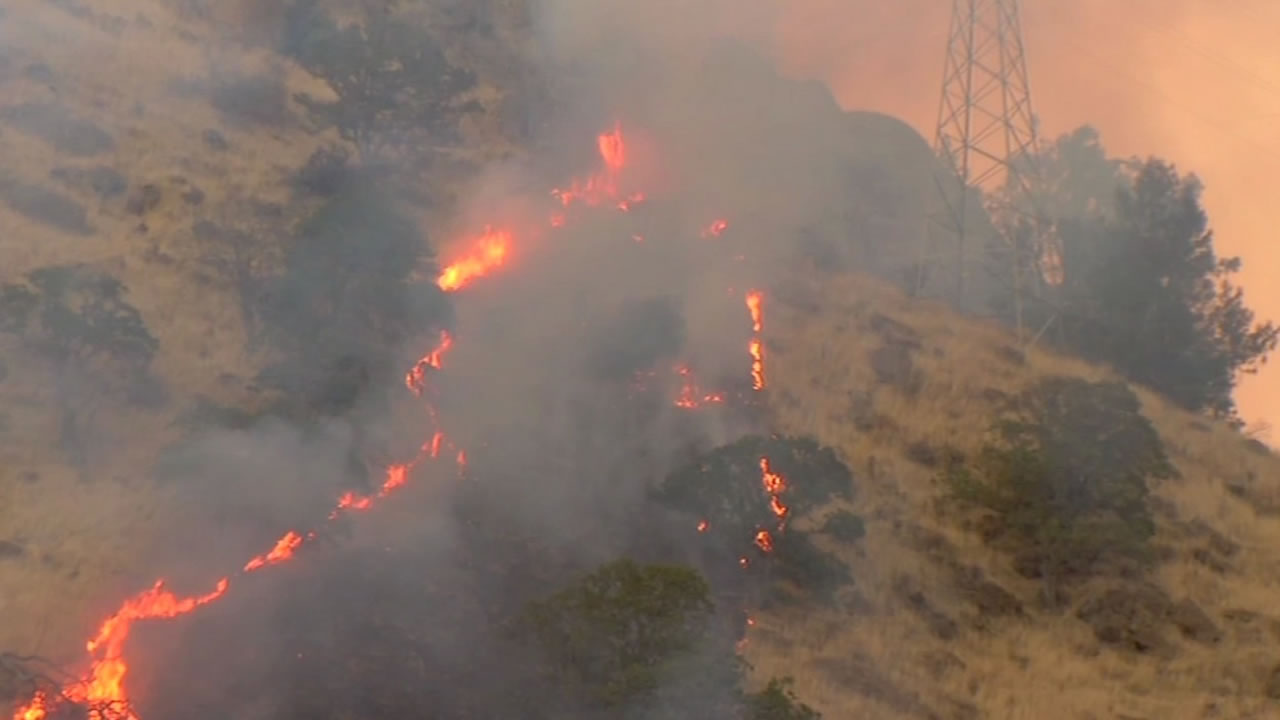