Video shows clown clinging to back of bus in Detroit 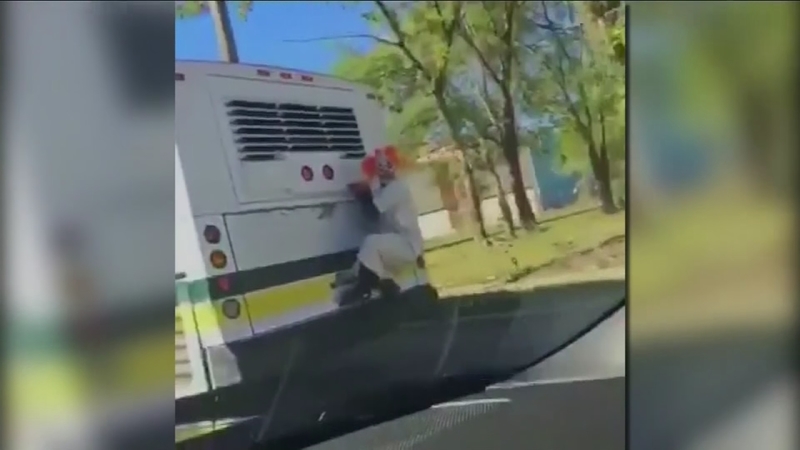 DETROIT -- Someone in a clown costume - red hair and all - was caught on video hanging off the back of a city bus in Detroit.

WDIV reports the video has more than 500,000 views on social media. The person who shot the video said it was filmed on Saturday.

Michelle McKinney, a regular bus rider said she doesn't find the video funny. Instead, she finds it scary.

"That he's trying to get into that bus and get to the bus driver and do something to everybody on that bus," McKinney said.

Kendall Hosendove also thinks that clown was up to no good. He said if he had been on that bus, he would have been afraid to get off.

RELATED: Concord mom says she fought off clown who tried to kidnap her 1-year-old

"I wouldn't get off. I'd have to stay on the bus until I know for sure he's off of there. I don't want to get off where he's gonna get off with me," Hosendove said.

The Detroit Department of Transportation said in a statement that "the safety of our riders is DDOT's number one priority and that is why we have significantly increased our transit police presence and have installed surveillance cameras inside and outside all of our DDOT coaches."