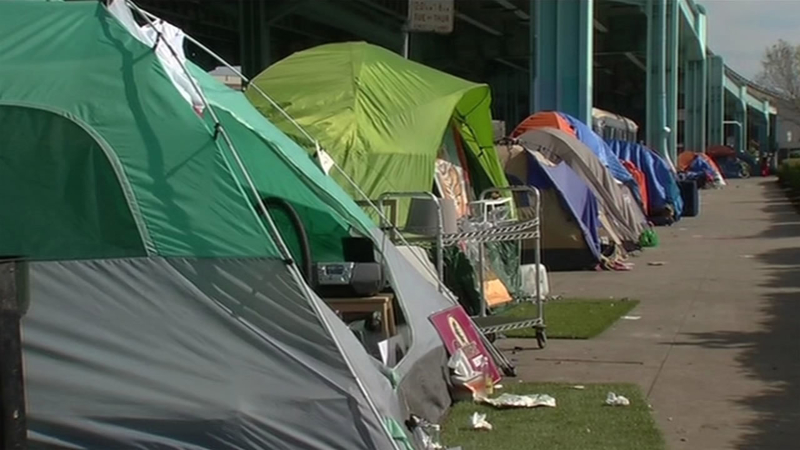 Oscar McKinney has lived in his tent since September. McKinney bought four tents. He rents the others out. This landlord is ready for Friday's sweep.

The City will take down the tent cities sprawling along Mission district streets tomorrow morning. pic.twitter.com/DgPOnKQ5El

"They may take my belongings, throw them away. Put my ass in jail for the day, but I'm going to stay," McKinney said.

Others say they're leaving.

"I told everyone to pack up and go. And just go. Go to the hills and eventually you will find a place to hang out," said Mark Arroyo, a homeless tent dweller.

Public health crews will begin cleaning Division Street and adjacent public areas because of increasing health risks posed by the homeless living in the tents.

"Just simply going in and cleaning out an encampment when folks don't have a choice, just makes them more destabilized, Friedenbach said.

Sam Dodge, the mayor's point man in the city's fight against homelessness, says the health risk is immediate.

"We've been trying to give them as much time as possible. With the health standards reduced to a place no longer acceptable, we had to take action," Dodge said.