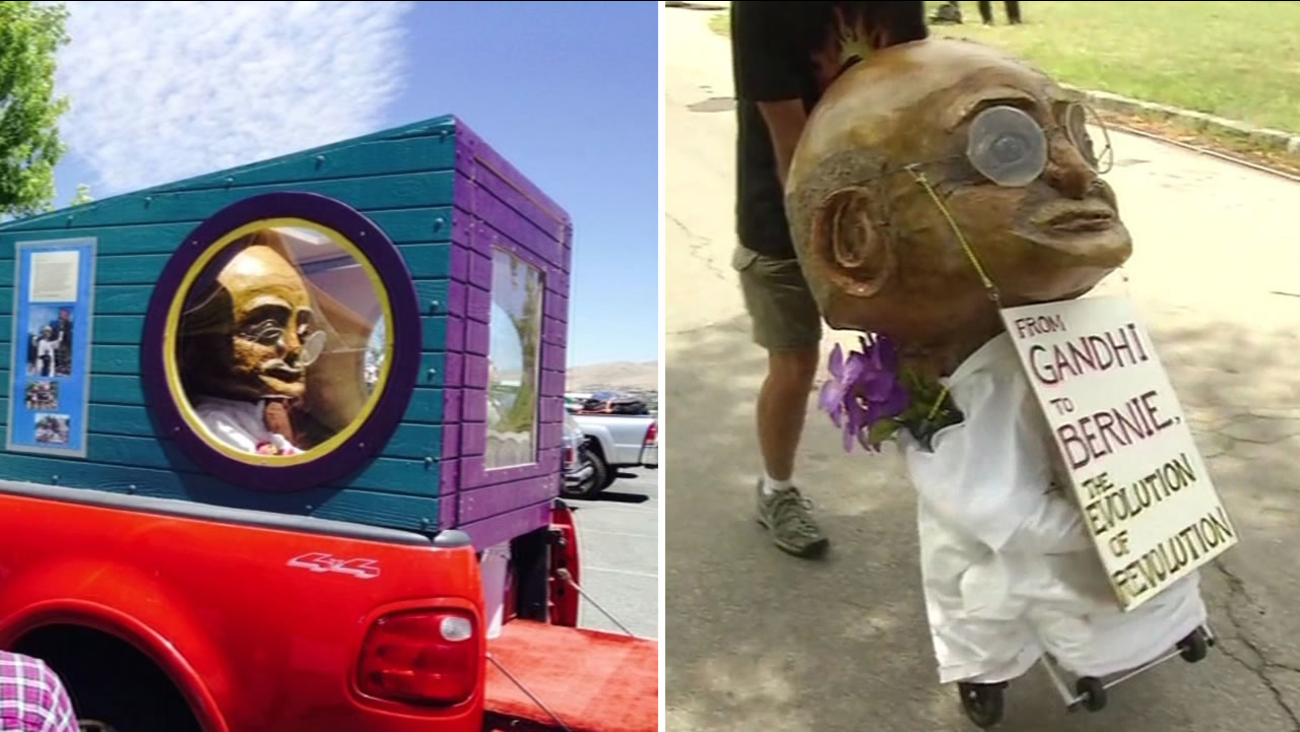 This image shows the Gandhi puppet that has traveled from San Rafael, Calif. to the Democratic National Convention in Philadelphia on July 27, 2016. (KGO-TV)

PHILDELPHIA (KGO) -- A San Rafael man is on an unusual mission while at the Democratic National Convention.

Jes Richardson arrived in Philadelphia this week in a Gandhi mobile to spread a message of peace. It took him five days to get there. He also made a giant Gandhi puppet.

Richardson: "He's supporting Bernie."
Aqui: "Do you think Gandhi is going to come around for Hillary Clinton? And I mean Gandhi puppet. I think so, but it's a vote not of conscience. It's a vote of practicality."