Grocers are required to redeem CRV on bottles -- but do they?

Where can consumers take their bottles and cans now that many California recycling centers have shut down? By law, certain grocery stores are required to take them -- here's what happened when 7 On Your Side investigated.

DALY CITY, Calif. (KGO) -- The shutdown of hundreds of recycling centers in California has left consumers with few ways to get their bottle deposits back. The burden now falls to stores that sell the drinks. Thousands of stores are legally required to cash in your empties. But do they? Two consumers came to 7 On Your Side to find out.

"When all the recycle (centers) closed, you cannot get your refund," said Angela Gonzalez of Daly City, whose garage was filling up with empty bottles and cans. She used to take them to a RePlanet recycling center just blocks from her home until the company closed all 274 California locations this summer, leaving many with nowhere to recycle.

"I pay for that (deposit) and I have a refund coming," said Barbara Kretschmer of Pacifica, who also used to redeem her bottles and cans at a RePlanet center. "But if I have no place to do this (recycling) then...I'm not going to get my money back."

By law, stores that sell beverages are supposed to step up. State law says if there's no recycle center within a half-mile of a beverage retailer, that store must take back your empties or pay $100 per day to the state. After RePlanet closed, CalRecycle posted a list of about 3,700 retailers who agreed to take back bottles and cans rather than pay that $100-per-day fee.

And so we helped Gonzalez and Kretschmer see if they really do take back empties.

"Hello, are you the manager?" Kretschmer got on the phone with local stores on the state's redemption list. "I was told I could bring back my bottles and cans to your store, and you would pay the redemption value."

An employee on the other end said she didn't know.

"It's a California law,'' Kretschmer went on. "They say you are on the list to take back bottles and cans."

The employee got a manager on the phone.

"If I brought my bottles and cans back then you could not give me my money back?" Kretschmer asked the manager. "You don't have the process of it yet? OK, so you know nothing about it?"

Kretschmer hauled a sack full of bottles to a 7-Eleven store that was on the state list.

"The state of California has you on the list that you will take all my bottles,'' she said to the cashier, who seemed taken aback.

"I don't know, I have to ask somebody else,'' the cashier said.

A few minutes later, a supervisor came to the counter.

Kretschmer took her bottles back home.

Over in Daly City, Gonzalez lugged a large Hefty bag full of cans to a gas station mini-mart, the closest retailer on the state's redemption list. However, the owner of that store said he could not take empties because he had nowhere to store them in his tiny market. He also said he felt pressured to agree to take empties because he couldn't afford the alternative -- that "fine" of $100 per day. He said she should try taking the bottles to a local supermarket.

Employees at that store said they had no way to ring up a refund, and advised she should try back some other time.

In a random sampling by phone, 7 On Your Side found about half the Bay Area stores on the state's list said they could take our empties, and half said they could not. Some managers said they never heard of the program, and were unaware of any legal obligations.

Several mom-and-pop stores confided that, like the mini-mart, they couldn't afford the $100-per-day fee and were tacitly advised to just agree to take the bottles, then hope nobody actually came in with sacks full of empties.

"So that's a real problem," said Jamie Court, president of the Consumer Watchdog advocacy group. "We have redemption centers closing, and grocers and retailers not living up to their legal obligation."

The group took videos of member Liza Tucker trying to redeem bottles. At one store, a sign on the door read: "We are required to redeem all CRV beverage containers within this store."

Yet, here's what happened:

"I wanted to know if I could redeem my bottles here," she told the clerk, presenting a four-pack of empty bottles.

"You have a sign right on your door," Tucker said.

Watch the video to see other revealing encounters.

He added the bottle law is outdated; it was passed 33 years ago when recyclers had lower rents and bottles still fetched them a high price.

"That's put grocers in a difficult place because they want to comply with the law, but at the same time, without recyclers, it's pretty difficult to do that," Moreno said. He added that the $100-per-day fee, which amounts to $36,500 per year off the top of profits, is a killer for most grocers operating on a small margin. The potential for paying a fee or redeeming bottles was intended as "a hammer," he said, to make sure grocers pooled resources to provide a recycling option near them.

"I don't think the law ever anticipated a situation where it was the recycling centers that closed, not the supermarkets closing them or not even opening them," he said.

Moreno also said it's impractical for grocers to suddenly become recyclers who sort and handle used and possibly broken bottles. "For people who are suggesting that all of a sudden grocers be required to take in recycling... do they really want grocery stores to be garbage collection stations? Because... there will be broken glass, sharp aluminum, and they don't want that on the same conveyor belt that people's vegetables and fruits are. Customers don't want to see that. Stores are meant to be clean places where people are buying food to take to their families."

Stores also would pay deposits back to consumers out of their own pockets, then try to recover that cost by finding a buyer for their materials, he said. That requires more staffing and more costs.

For now, empties are piling up in consumers' homes with no easy way to redeem them.

"They should stop charging the CRV (California Redemption Value) if they can't pay it back," Gonzalez said.

See which retailers are obligated to redeem containers 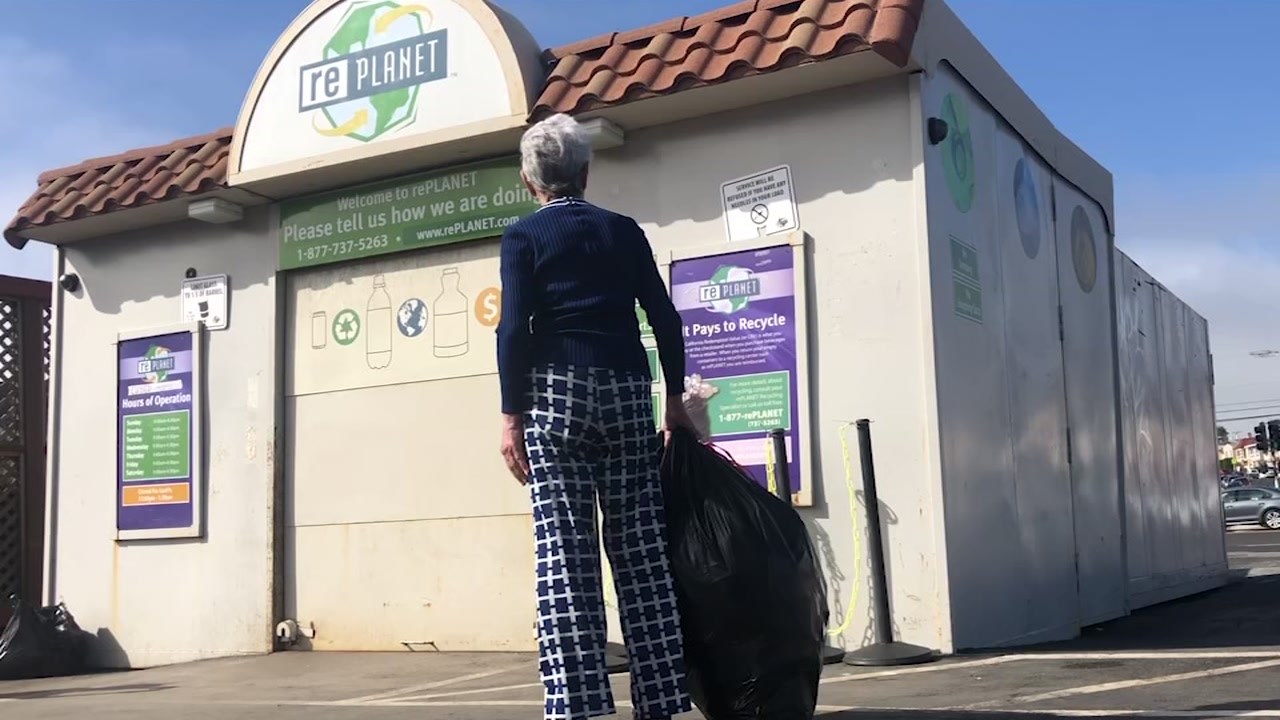