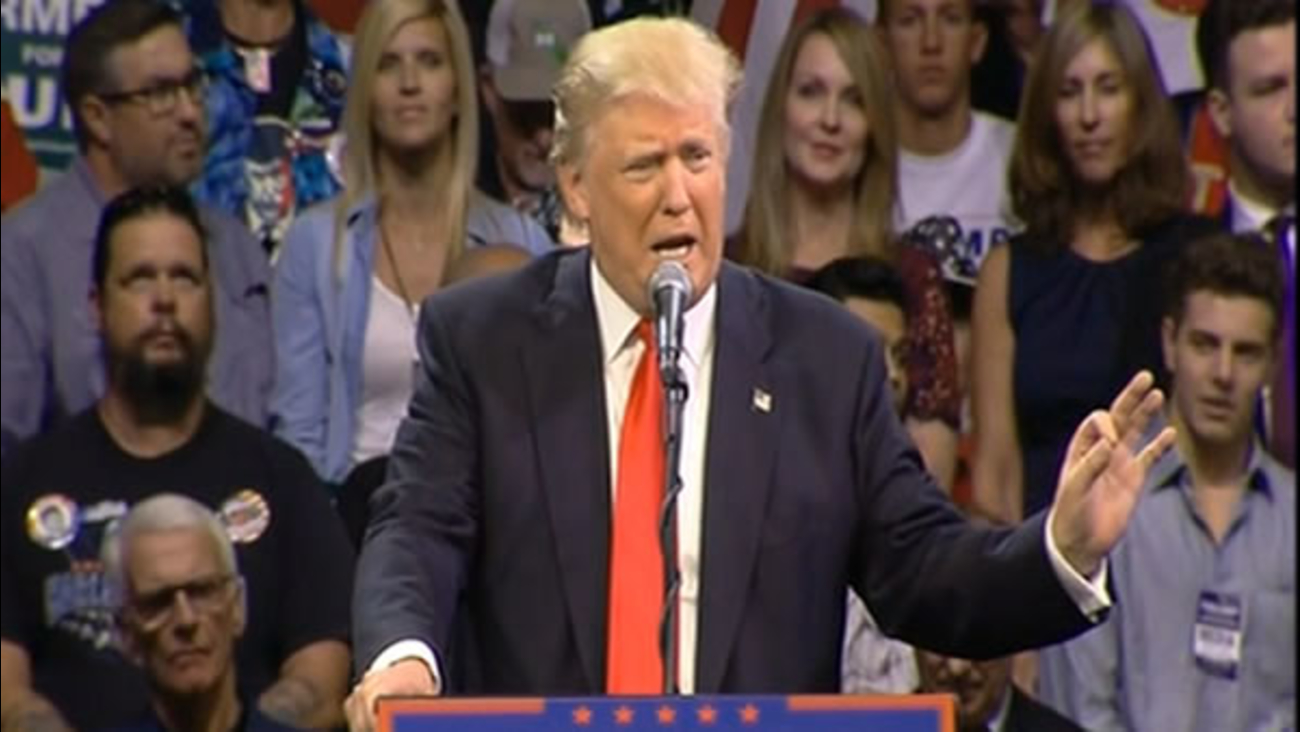 FRESNO, Calif. -- Donanld Trump spoke at a campaign rally in Downtown Fresno on Friday, ahead of the California primary.

Police had been preparing for a crowd of more than 10-thousand for more than a week, adding extra officers and working with the secret service.

Close to 100 police officers were in and out of the arena -- including a reserve back at the station. The FBI, Secret Service and CHP will also had a presence.

Hundreds have been organizing on social media both for and against Donald Trump. Though there's a difference of opinion when it comes to their thoughts on the Republican nominee, they all share one common ground that they want this to be as peaceful as possible.

Trump's campaign said he held a private meeting with farmers and their families before the rally.

"He's been talking about jobs, and economy. He may talk about water and Central Valley needs there... and talk about his career as a job creator and I think in Fresno and the Valley those are very salient message points," said Tim Clark.

His call to deport undocumented immigrants is expected to be a lightning rod for local protestors who are planning to gather here. People planning to protest have already started organizing through social media. Several hundred people say they plan to be outside Selland Arena.