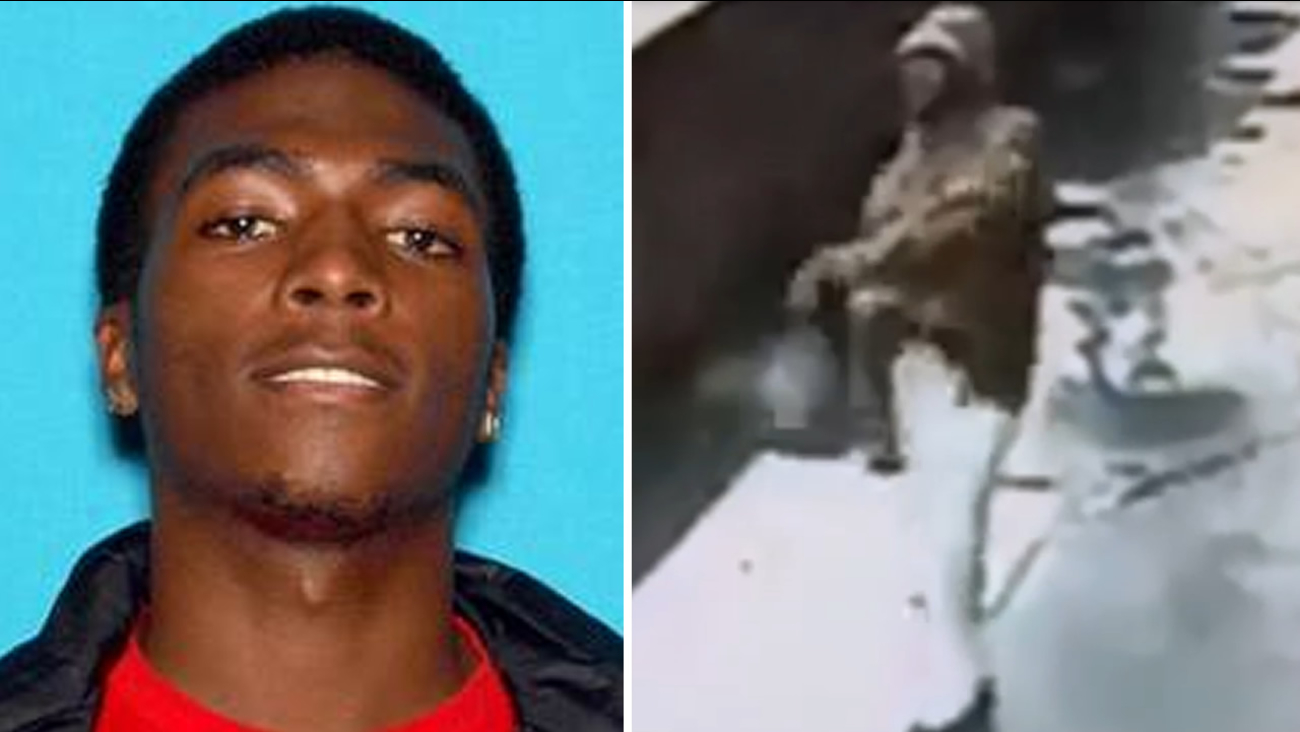 OAKLAND, Calif. (KGO) -- A man suspected in a brazen shooting in downtown Oakland earlier this week that left an innocent bystander hurt has been arrested.

Investigators believe 22-year-old Cervando Jessie Sterling-Valdez is responsible for the shooting that took place on Tuesday just after 10:30 a.m. at Broadway and 14th streets.

Police say the shooting happened during an argument between two men on the sidewalk and that the Watch Commander chased after the suspect, but he got away.

The male victim who was shot at fled the scene.

A woman who was pushing a baby stroller a half block away was hit and transported to a local hospital where she's listed in stable condition.

Police have recovered a firearm, which they believe was used the shooting, along with other evidence.

Guy in tan jacket and white pants in #Oakland store appears to be same man who fired shots outside.@abc7newsBayArea pic.twitter.com/IXNGmeX2Gq

Authorities describe Sterling-Valdez as an African American male, 5 feet 8 inches tall and 153 pounds with black hair and brown eyes. They say he was last seen wearing a light colored coat and white pants.