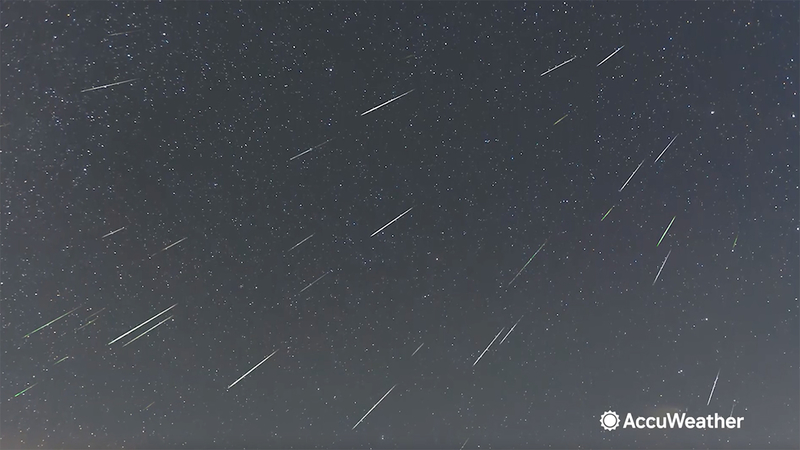 Draconids, the first meteor shower of the fall

The end of the week will bring the first meteor shower of autumn, a natural light show that will be the first of many that take place throughout the season.

The Draconid meteor shower will reach its climax Friday night in the sky across the Northern Hemisphere; this is a great event to kick off the weekend for folks who find themselves under a cloud-free sky.

The most recent meteor shower to grace the sky was the popular Perseids, which peaked in mid-August.

The Draconids are known for occasional outbursts when onlookers can count over 100 meteors in an hour. In 2011, observers across Europe tallied over 600 meteors per hour, according to EarthSky.

A spectacle of that nature is unlikely to unfold this year; closer to 5 to 10 shooting stars per hour are expected with the next outburst not likely until 2025.

Even though this is a lower hourly rate than most meteor showers, the timing of the event is what makes it enticing.

"These meteors are best seen just as soon as it becomes dark," the American Meteor Society explained, adding that the meteors tend to move slowly across the sky.


This is one of the few annual meteor showers that is most active in the evening hours, making the Draconids an ideal event for younger stargazers or anyone that cannot stay up late Friday night. Most meteor showers do not reach their height until the second half of the night after 2 a.m., local time.

Those that plan on viewing the Draconids this year should put a reminder in their calendar now since it is a short-lived event.
Most meteor showers have broad peaks that last two or three nights, but the Draconids have a sharp peak that only occurs from the night of Oct. 8 into Oct. 9, according to EarthSky.

The name of this week's meteor shower comes from the constellation Draco the dragon, which can be seen in the northwestern sky just above the Big Dipper after nightfall.

Although shooting stars associated with the Draconids originate from near the constellation Draco, they can be seen streaking across all areas of the sky.


For the best chance at spotting some meteors, it is best to find a dark area with a wide view of the sky and to avoid looking at any sources of light, such as a cell phone screen.

After the Draconids, stargazers will not have to wait long for the next opportunity to spot some shooting stars as the Orionid meteor shower will peak later in October.

More meteor showers are in the offing come November, including the Southern Taurids, the Northern Taurids and the Leonids.