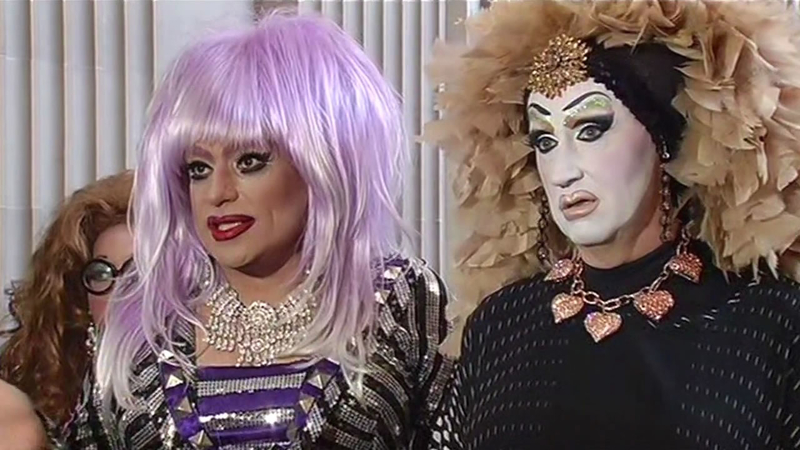 MENLO PARK, Calif. (KGO) -- The face-off between Facebook and some members of the lesbian, gay, bisexual, transgender community has not been resolved, despite a meeting at the social media's headquarters on Wednesday. Facebook wants its users to use their real names on the site, but critics say that's not always safe.

For the next two weeks the social media site will reactivate the profiles of hundreds they locked out. The hope is that the drag queens will agree to use their real names or convert to a fan page.

The drag queens, which are a tradition in San Francisco, may have other ideas. Some say Facebook is making them disappear.

"I have been Heklina for 20 years, and now Facebook is saying Helinka no longer exists. They are wiping you out of existence," said drag queen Heklina.

Heklina and others say about a week ago Facebook began insisting everyone use legal names to access their accounts.

San Francisco Supervisor David Campos and members of the LGBT community arrived at Facebook for a meeting this morning, but came away disappointed.

"At a minimum if we're going to work together, we want an acknowledgement that this policy is misguided and is hurting people," said Supervisor Campos.

Even though drag queens started this protest, they say they made it clear to Facebook they aren't the only ones with safety and privacy concerns.

While the social media site has temporarily reactivated the profiles of hundreds that were deactivated, that gesture may not be enough. A protest or even a boycott of the Menlo Park based company is possible.