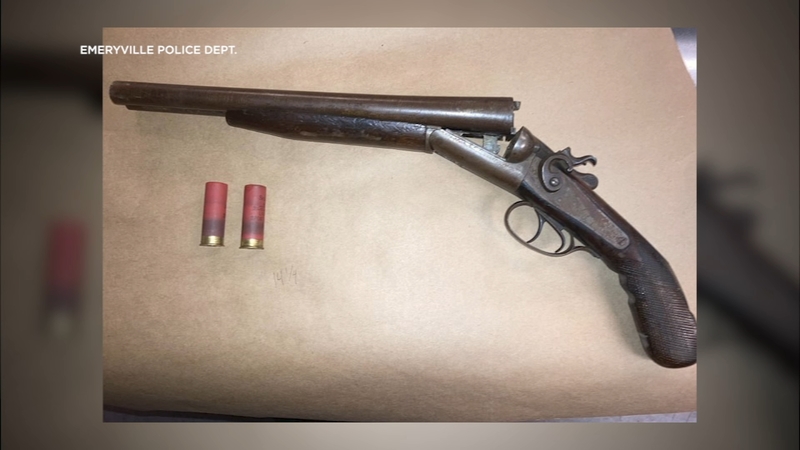 EMERYVILLE, Calif. -- Emeryville Police arrested a man early Sunday morning after an armed standoff at a hotel, a spokesperson for the department said.

Michael Valladares Chirinos, 29, of Richmond, is accused of threatening several guests and employees with a shotgun at the Sonesta Hotel at 5555 Shellmound Street.

Police say Valladares Chirinos paced throughout the hotel's lobby and ground floor while holding what appeared to be a modified shotgun. The suspect went in and out of the view of officers, who had surrounded the hotel and were attempting to communicate with him, police said.

Eventually, the Unmanned Aerial Vehicle team from the Alameda County Sheriff's Department deployed a drone into the lobby in an attempt to locate Valladares Chirinos, who had gone out of view of the police for approximately 30 minutes.

The drone located the suspect asleep on a couch in the lobby. Officers entered the lobby shortly after 4:00 a.m. and detained him.

Valladares Chirinos, who had several outstanding warrants, was booked on suspicion of multiple counts of assault with a deadly weapon on several victims, criminal threats, possession of a modified shotgun and possession of a loaded firearm.

The police have not released a motive.