The mission to save hundreds of birds contaminated with goo in the San Francisco Bay changed from a rescue operation to a recovery.

SAN LEANDRO, Calif. (KGO) -- The mission to save hundreds of birds contaminated with goo in the San Francisco Bay changed from a rescue operation to a recovery. On Wednesday, they found more dead birds than live ones.

Meanwhile, there is still no word on what that gooey substance is that's coating the birds feathers.

Scientists have not yet identified the goo but they have ruled out that it's polyisobutylene, a substance used in making synthetic rubber.

315 seabirds have been rescued alive, but about 200 have died.

A team of federal and state wildlife wardens hit the San Francisco Bay on Wednesday morning, searching for more of the goo-covered seabirds along the eastern shoreline, off Hayward, San Leandro and Oakland. Wildlife Emergency Rescue says that the Environmental Protection Agency will be out here doing a forensic investigation with the Coast Guard.

Rescuers from Wildlife Emergency Services have been responding to reports of live birds in distress.

Some of the birds appeared to be suffering from hypothermia as a result of the goo covering their feathers. They are also unable to eat.

"They're really lethargic. They're really low in weight. I can feel their breast bone, some of their muscle structure. They're probably about half to a third of the weight they should be," said Duane Titus with the Wildlife Emergency Services

State Fish and Wildlife says a special team from Monterey will go to Fairfield on Thursday, the site of the International Bird Rescue Center where volunteers have been working around the clock to clean and save the birds.

The special team will begin performing necropsies to learn what they can about cause of death and the nature of the goo.

While the goo is showing signs of dissipating, which dilutes it, fishermen at San Leandro Marina are facing the question whether to eat what they catch.

The patrols will continue on Thursday as will efforts to identify the mystery substance and its origin.

Wildlife officials say it is not a threat to human health and safety. 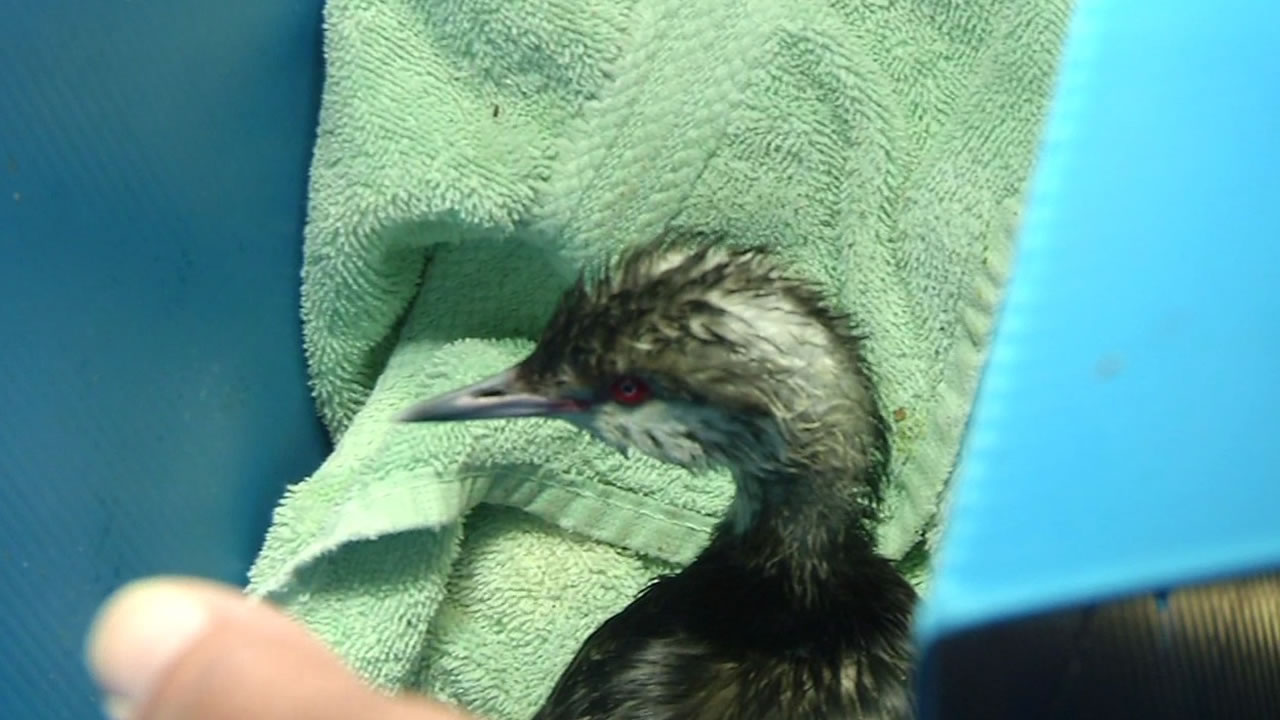 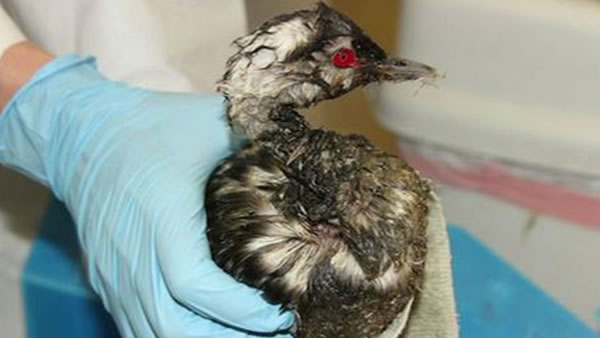 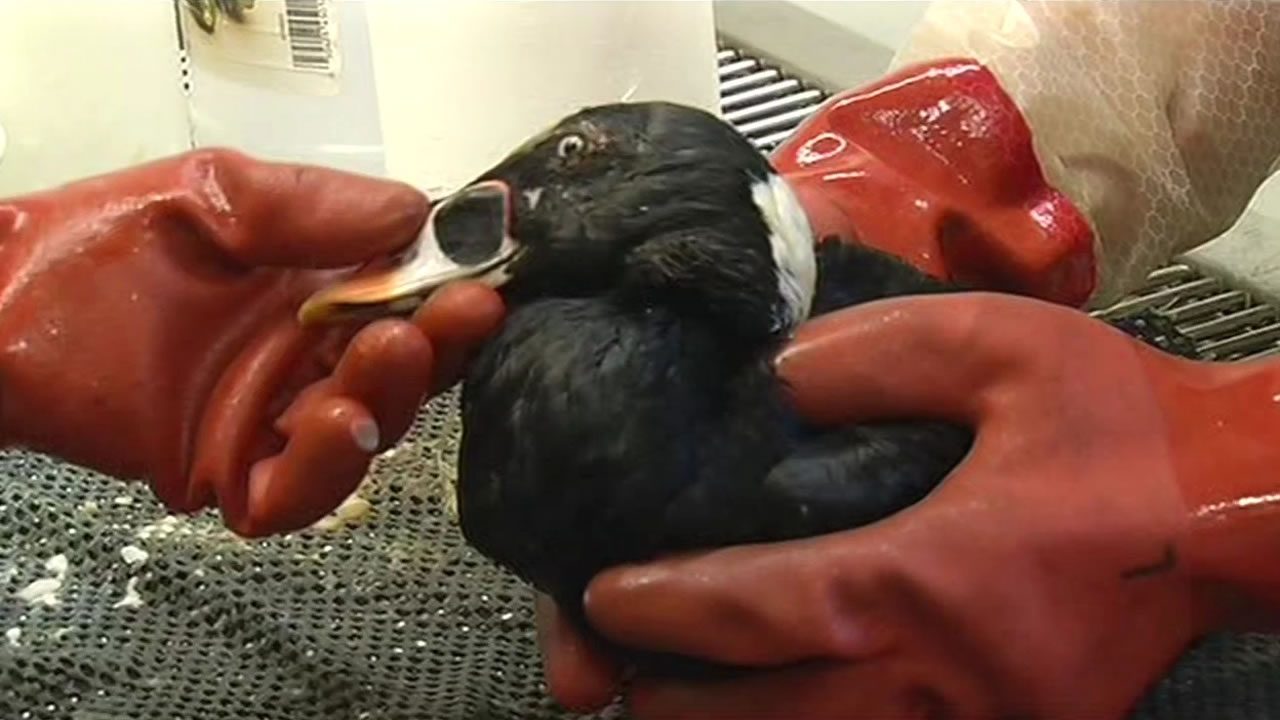 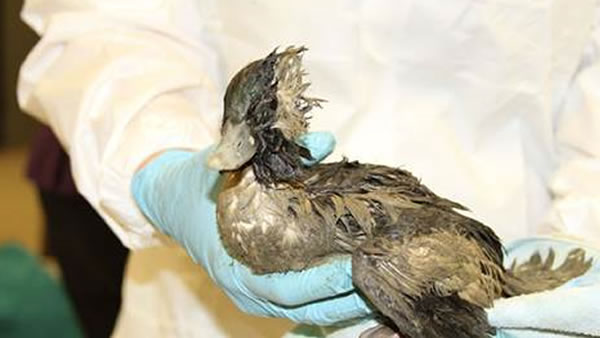