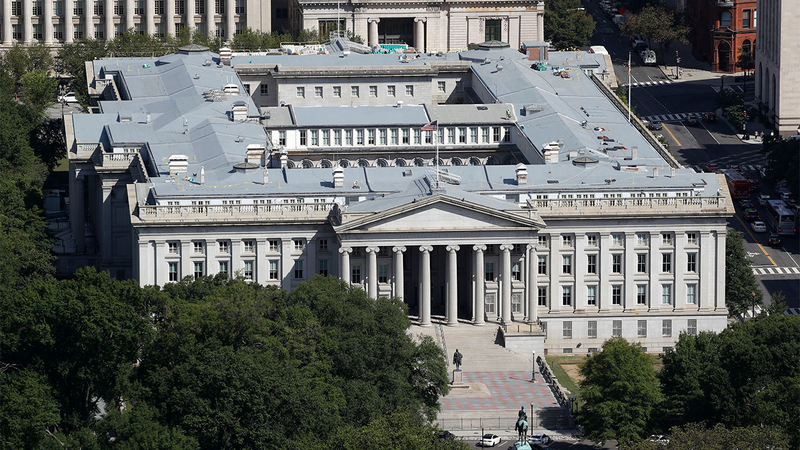 WASHINGTON -- America's inflation spikes have prompted the Federal Reserve to pick up the pace in normalizing its pandemic-era monetary policy.

On Wednesday, the central bank said it will wrap up its stimulus program faster than originally announced, and its updated economic projections show multiple interest rate increases in 2022.

The central bank, which first announced in November that it was "tapering" its monthly asset purchases, said Wednesday that it will do so at a quicker pace.

Prices for U.S. consumers jumped 6.8% in November compared with a year earlier as surging costs for food, energy, housing and other items left Americans enduring their highest annual inflation rate since 1982.

At this pace, the Fed is another two meetings away from completing the wind down of the stimulus, Powell told reporters during Wednesday's press conference. The Fed's next two meetings will be in January and March.

But the central bank also reserves the right to change the pace of monthly purchases again if the economic outlook demands it, Wednesday's statement said.

Fed officials now predict the central bank's benchmark interest rate to rise to 0.9% in 2022, up from the 0.3% expectation from September, signaling additional interest hikes.

To investors and market watchers, this suggests there will be three rate hikes next year. So far, market expectations for an interest rate increase are really picking up in May, according to the CME FedWatch tool. Any rate increases will likely be gradual, Powell told reporters during Wednesday's press conference.

And at this point, potential economic fallout from the spread of the Omicron variant hasn't yet changed the Fed's view.

Once rates are raised, the next challenge for the Fed will be reducing its enormous balance sheet. "We had our first discussion about the balance sheet," at this month's meeting, Powell said, even if any action in that regard is still far off.

US inflation has still not come down from its highs. Last week's consumer price inflation report showed prices have risen to a 39-year high over the 12-month period ended in November. (CPI isn't the Fed's preferred measure of inflation, though; the price index tracking personal consumption expenditure is.)

Powell acknowledged that there's a real risk that the pandemic-era inflation will stick around for longer than initially expected.

"One of the reason the behind our move today is to put us in a position," to deal with inflation, Powell said.

He added that the Fed wasn't behind the curve in responding to the price spikes: It adjusted its policy immediately when it became clear that higher prices were going to stick around.

"In September -- I'd say after Labor Day -- it started to become clear that this was both larger in its effect on inflation and more persistent," Powell said.

The Fed got the Employment Cost Index on the Friday before the November meeting, which was "a very high reading," he added, and the employment report two days after the meeting was very strong and showed no increase in labor, he said.

"And I honestly at that point really decided, I thought we needed to look at speeding up the taper."