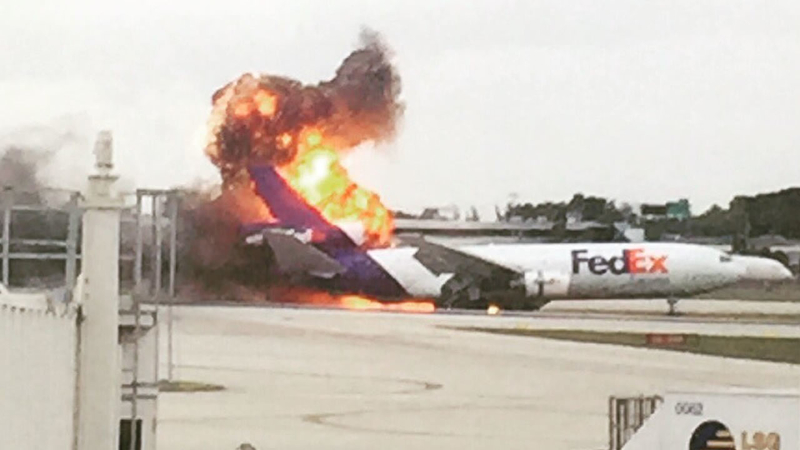 Local news organizations report that the plane was arriving from Memphis on Friday and that its landing gear collapsed on the runway. The Federal Aviation Administration says the fire was put out.

No injuries were reported and FedEx issued a statement that the pilots were safe and that the company was cooperating with authorities.

Air traffic controllers in Fort Lauderdale issued a ground stop, and no flights were allowed to leave. The airport's south runway reopened about 7 p.m., but the north runway remained closed for investigation.

Fedex plane fuselage exploding at the airport right in front of my dads gate pic.twitter.com/bQZAev2qFv