Firefighters battled a fire that sent thick black smoke over I-880 in Oakland that burned a homeless encampment at 23rd Ave and International.

OAKLAND, Calif. (KGO) -- A dog is dead after a fire broke out Thursday morning at a homeless encampment in Oakland under Interstate 880 at 23rd Avenue. The thick black smoke caused traffic delays for morning commuters. 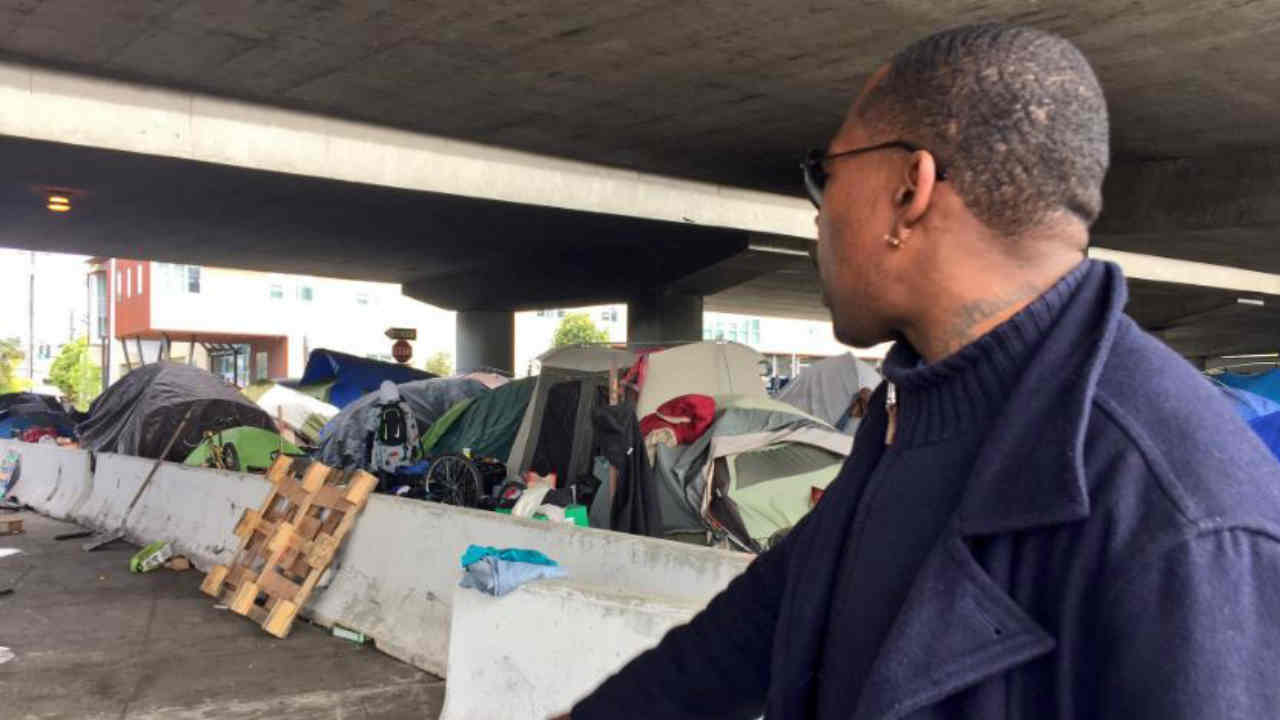 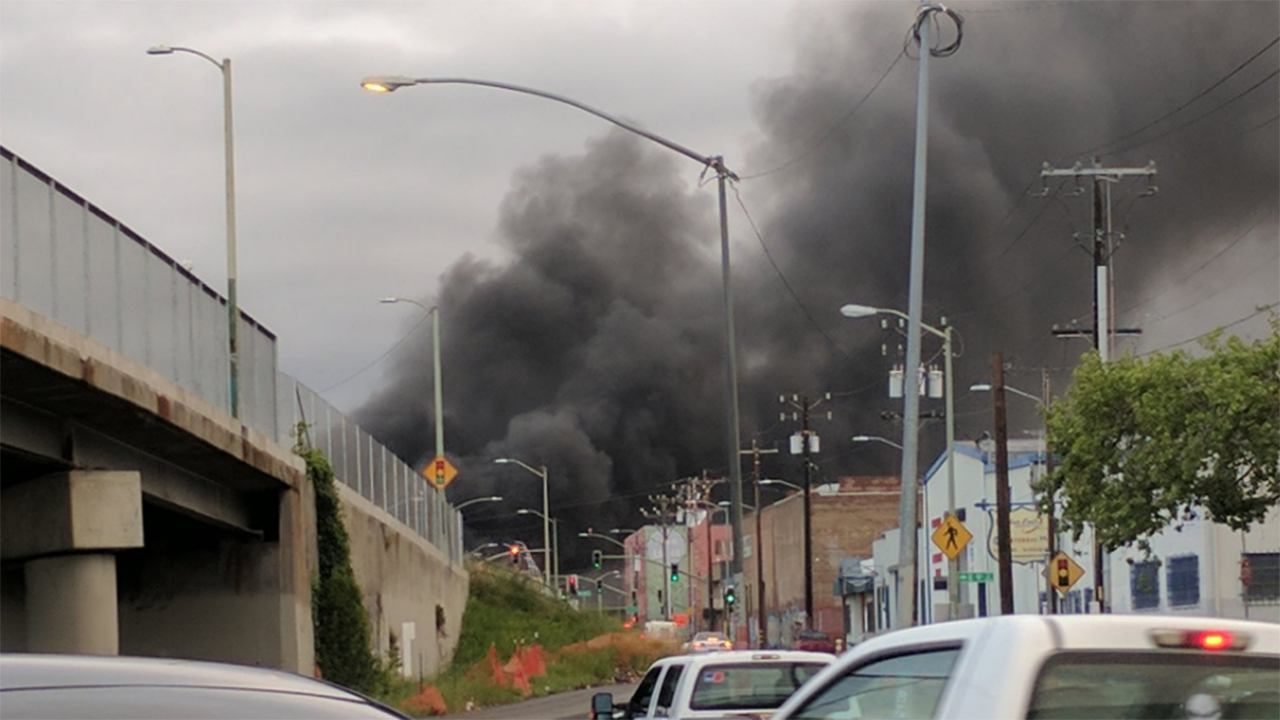 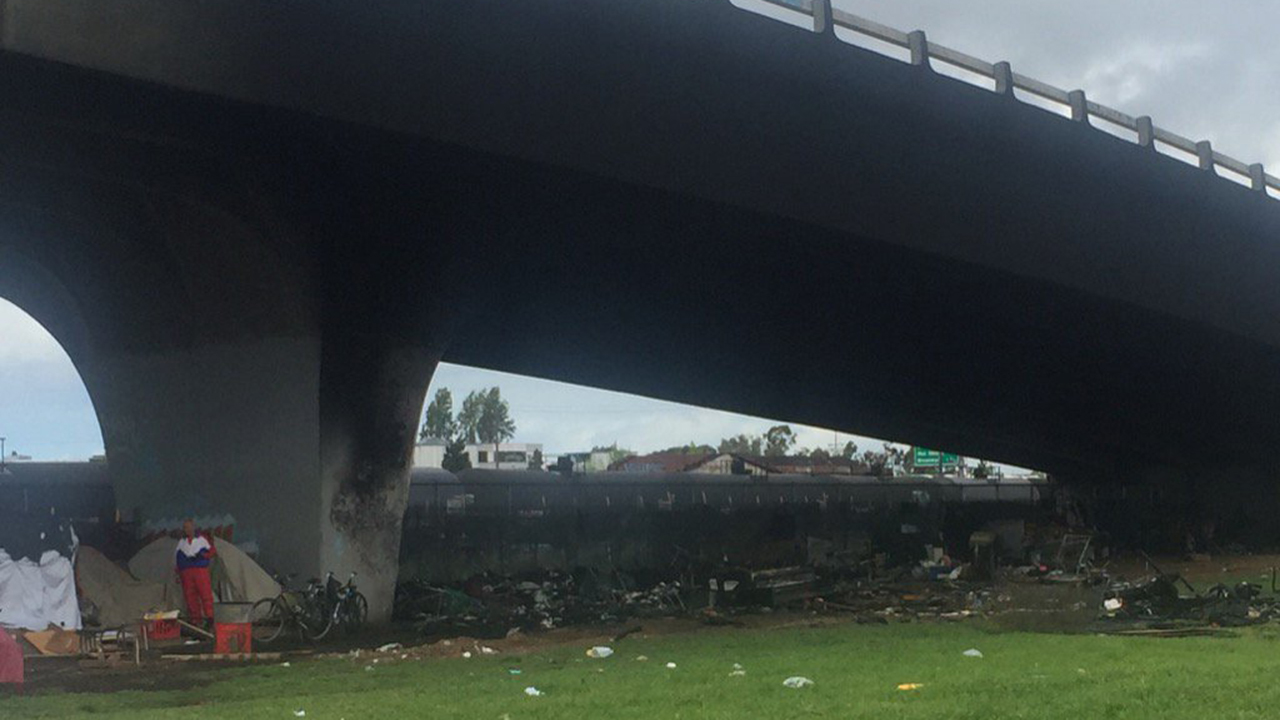 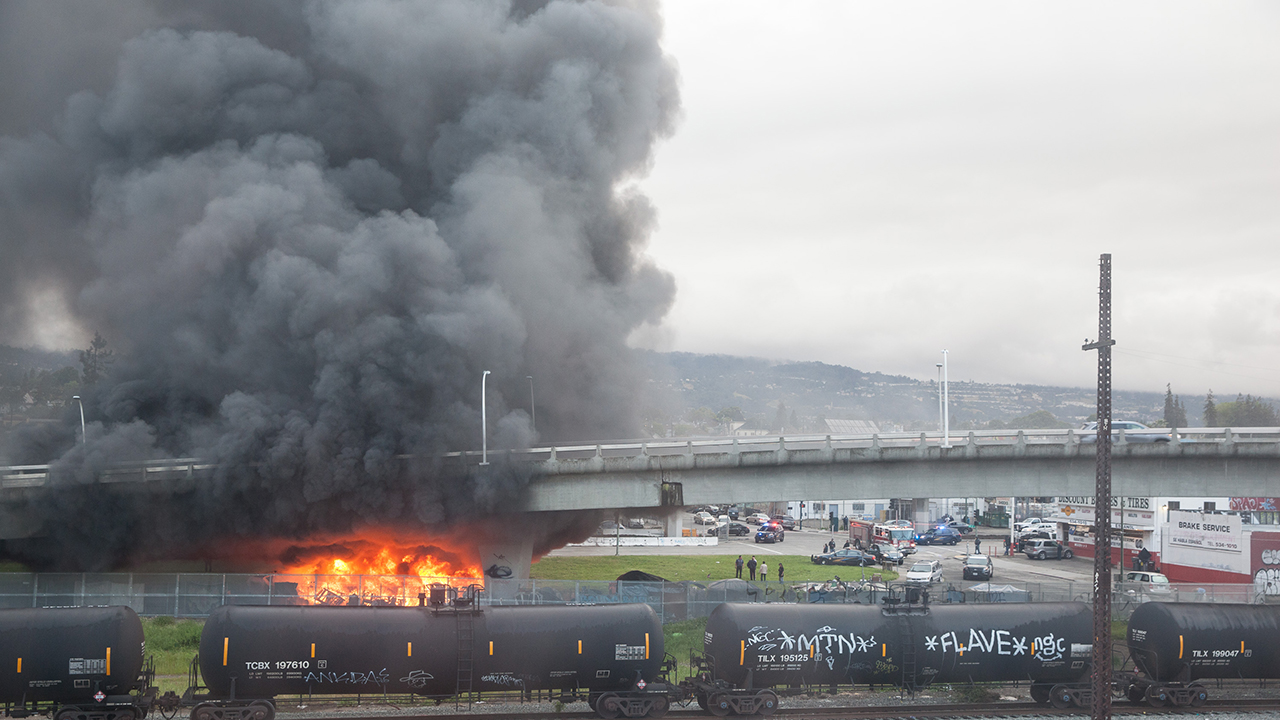 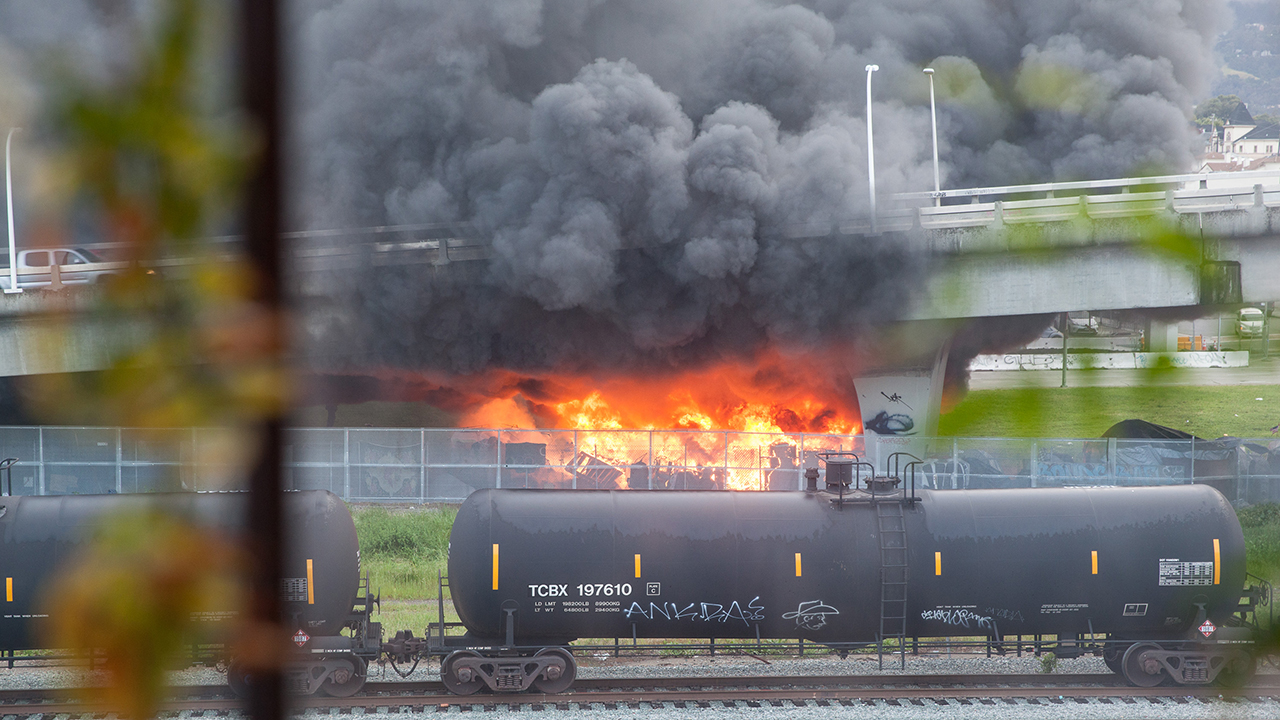 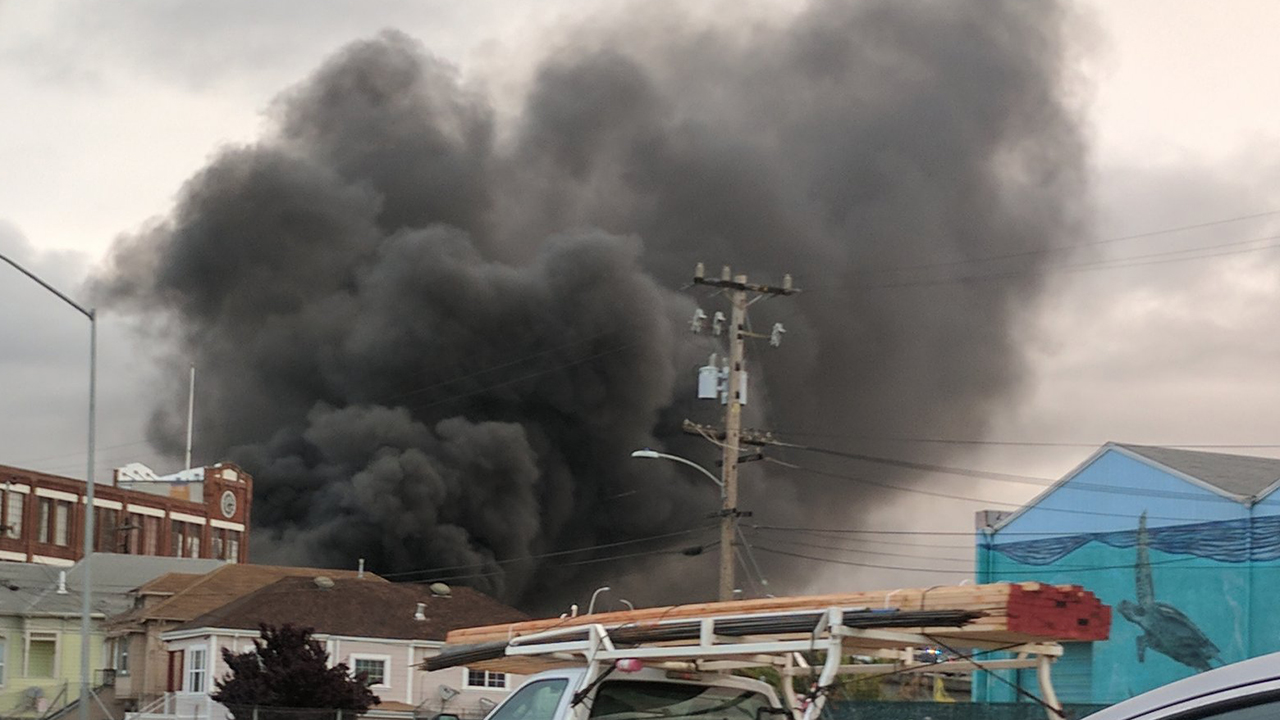 Operation Dignity handed out some brooms, blankets and bottled waters.