'Catastrophic model' could be used to set your fire insurance rates 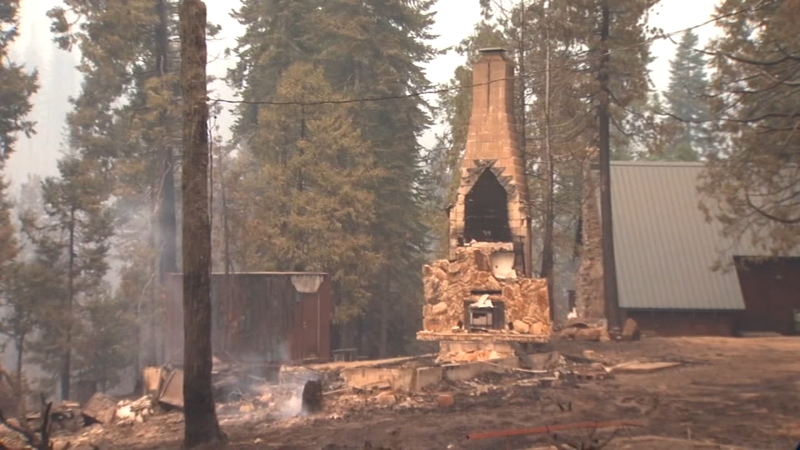 SACRAMENTO, Calif. (KGO) -- Insurance companies are making a big push to change the way fire insurance rates are set. What will this mean for homeowners already facing huge increases in premiums?

Dan Quigley is one such person. Quigley lives in the Oakland Hills.

As with so many of his neighbors, his insurance company dropped his fire coverage this year due to extreme fire risk. It took a lot of work, but he eventually found coverage from State Farm, but for 50 percent more than what he paid last year.

"It made me feel like, who knows what the future is going to hold," said Quigley.

That's why Insurance Commissioner Ricardo Lara is holding workshops to figure out how to keep rates down and minimize the number of policies being cancelled.

One idea proposed originally surfaced following the devastation of Hurricane Andrew in 1992.

Right now, fire insurance rates in California are set based on a 20-year average of money coming in from premiums, and money going out to repair damage.

In Florida and many other states, insurance rates are determined using a "catastrophic model": a formula inputted into a software program that would calculate insurance premiums based on an insurance company's risk.

"I think we looked at Florida homes and we found 77% of the homes would get lower insurance premiums," argued Nancy Watkins, an Orinda resident and insurance industry consultant with Milliman.

She says the formula the state uses now does not work.

"What we've seen is enormous increases in premiums indicated by a long term averaging formula," she said.

But Carmen Balber of Consumer Watchdog questions the catastrophic model, saying it's just a bunch of numbers thrown into a black box.

"The black box algorithm jiggers those numbers around and spits out a rate. And one model could be wildly different than the next model. We have no idea how the companies are manipulating those numbers to come up with an end result," Balber contended.

She wants homeowners rewarded for taking measures to reduce their fire risk by clearing vegetation, using fire resistant roofing materials and closing up their vents.

Quigley spent thousands of dollars with his neighbor to clear 15 trees between their homes.

Balber thinks insurance companies should be required to discount Quigley's insurance as well as others who act to reduce their risk.

"Insurance companies are not required to offer discounts when homeowners harden their homes. We need that as well," said Balber.

"I think that's a great idea," said Quigley. "I think to the extent that they might have expertise to help us do it right. That might even be really valuable."

Nancy Watkins also supports that idea. As does the insurance commissioner. Commissioner Lara, however, has not publicly disclosed where he stands on the catastrophic model idea.

Have a question for Michael and the 7 On Your Side team? Fill out the form HERE!
7OYS's consumer hotline is a free consumer mediation service for those in the San Francisco Bay Area. We assist individuals with consumer-related issues; we cannot assist on cases between businesses, or cases involving family law, criminal matters, landlord/tenant disputes, labor issues, or medical issues. Please review our FAQ here. As a part of our process in assisting you, it is necessary that we contact the company / agency you are writing about. If you do not wish us to contact them, please let us know right away, as it will affect our ability to work on your case.
Report a correction or typo
Related topics:
home & gardensacramentooakland hillsoaklandcalifornia wildfiresinsurancehome repairsfiredestroyed homeshouse firefire safety7 on your sidenorth bay fireshomeowners
Copyright © 2022 KGO-TV. All Rights Reserved.
7 ON YOUR SIDE
Fraudulent rent relief claims divert funds from those in need
Thousands angry EDD stopped their disability payments with no answers
Teen loses thousands on Zelle after getting offer to be a 'sugar baby'
EDD stops payments to struggling mom amid massive disability freeze
TOP STORIES
Bay Area's great migration is creating a 'Megaregion'
Sonoma resident says Airbnb visitors stole his cat
Couple devastated after stolen van found severely damaged in Oakland
EDD director resigns after just over 1 year in charge
Meet the man taking 49ers superfan to a whole new level
'We're taking the town over!': 49ers fans arrive in LA for NFC
49ers-Rams NFC Championship Game preview
Show More
How many times can I reuse my N95 mask?
Fraudulent rent relief claims divert funds from those in need
Anti-racist lawn libraries take hold in Bay Area neighborhoods
Some Bay Area counties begin easing COVID restrictions
10 injured in PA bridge collapse; human chain formed to help
More TOP STORIES News