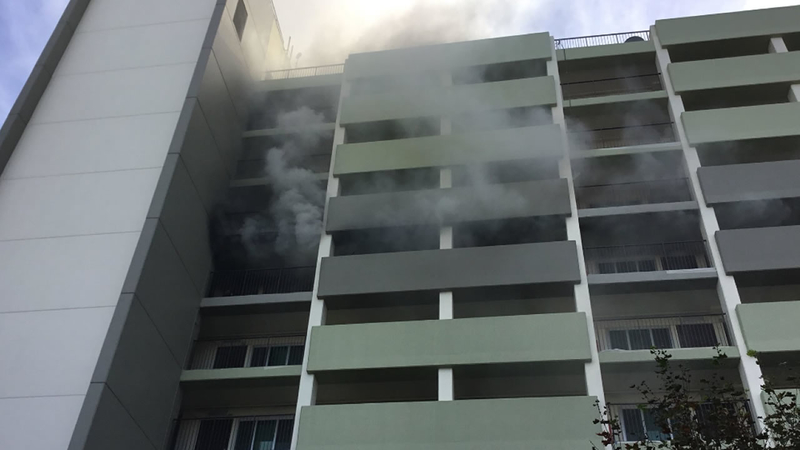 SAN FRANCISCO -- Five people were injured in a two-alarm fire at a senior apartment building in San Francisco's Mission Dolores neighborhood this afternoon, according to fire officials.

One person was helped out of the building and five in all were reported injured. None of the injuries were considered life-threatening, fire officials said.

#113017WF1 2nd Alarm UPDATE 1855 15th Street 5 victims non life threatening 1 of those assisted out of building by Truck 07 Unk Displaced if any. Fire Under Investigation. AVOID AREA DUE TO APPARATUS ON 1800 block of 15th pic.twitter.com/H6JKdhEhlx

Fire officials said they do not yet know if any residents will be displaced.

The fire's cause is under investigation and residents are being asked to avoid the area.