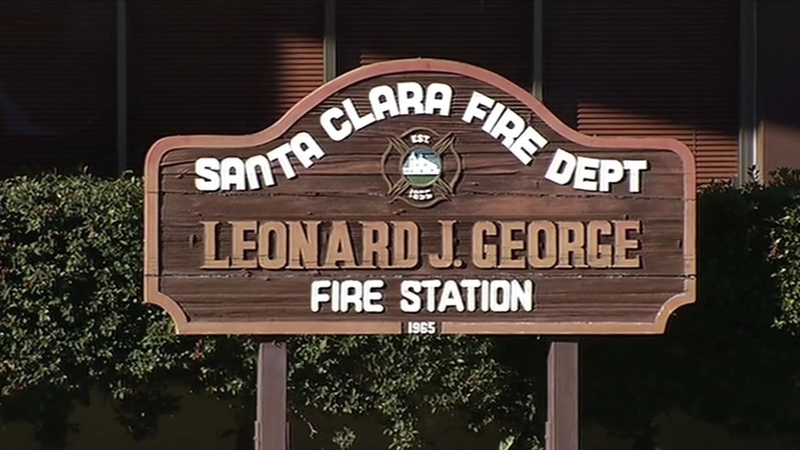 NAPA, Calif. (KGO) -- A Santa Clara firefighter is under arrest for suspicion of animal cruelty. Police officers found his 5-month-old German shepherd dead at his home.

Authorities say this happened late Tuesday night when a neighbor called 911 to report a puppy yelping next door and then silence. Police now say the dog was repeatedly slammed to the ground.

What happened inside 32-year-old Nick Luiz's house has shocked a quiet Napa neighborhood.

"That evening by about 11:45 our dispatch center received a call that a neighbor who lived in the 1100 block of Messa Drive had been beating his dog and they believed it was deceased," said Napa Police Captain Jeff Troendly.

Luiz and his wife did not answer the door that night, so police waited outside. With a search warrant in hand, at 8:30 a.m. the next morning, the couple finally allowed police in.

Authorities found the 5-month-old German shepherd dead in the laundry room wrapped in a plastic bag.

"He had indicated that he lost control that he basically injured the animal as a result of that," said Troendly.

A few neighbors had heard the dog crying before but never suspected any kind of abuse.

"Terrible," said neighbor David Patrick. "I'm just sickened by it. We have two dogs ourselves and you know, our pets are part of our family."

Police officers were surprised to find out that he is a firefighter with the Santa Clara Fire Department. ABC7 News' phone calls to that department were not returned.

"When you see something like this happen, it really breaks your heart," said Troendly. "It makes you feel for what that poor animal went through,"