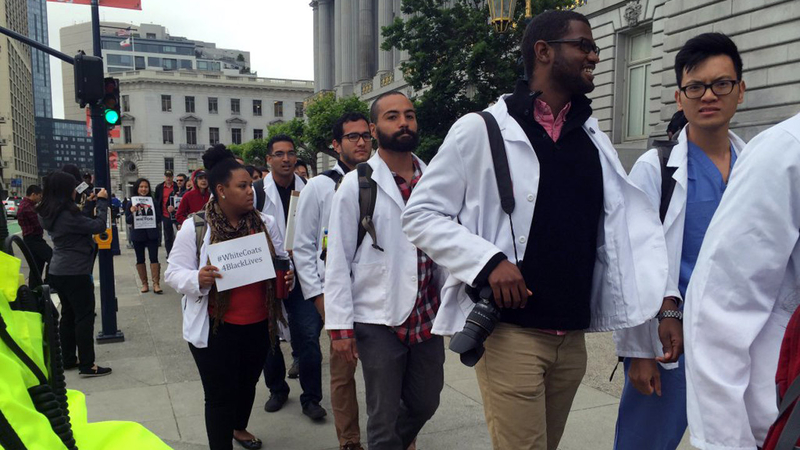 SAN FRANCISCO (KGO) -- It was a full day of picketing for the so-called Frisco Five supporters, who marched directly in front of San Francisco city hall on Monday. They circled City Hall 18 times.

"One for every day the hunger strikers did not have food in their bodies," said Benjamin Bac Sierra, one of the organizers.

The Frisco Five went on strike to demand that San Francisco's Mayor Ed Lee fire his police Chief Greg Suhr, in part, over the police shootings in recent years of some San Francisco black and brown residents, such as Alex Nieto, Luis Gongora, Mario Woods and Amilcar Perez Lopez.

"We promised them if they would start eating, we would continue their action in various creative manners," said Yayne Abeba, a spoesperson for the Frisco Five.

The protesters have called for a citywide strike, asking residents not to go to work or school today and to abstain from purchasing food from corporate restaurants. 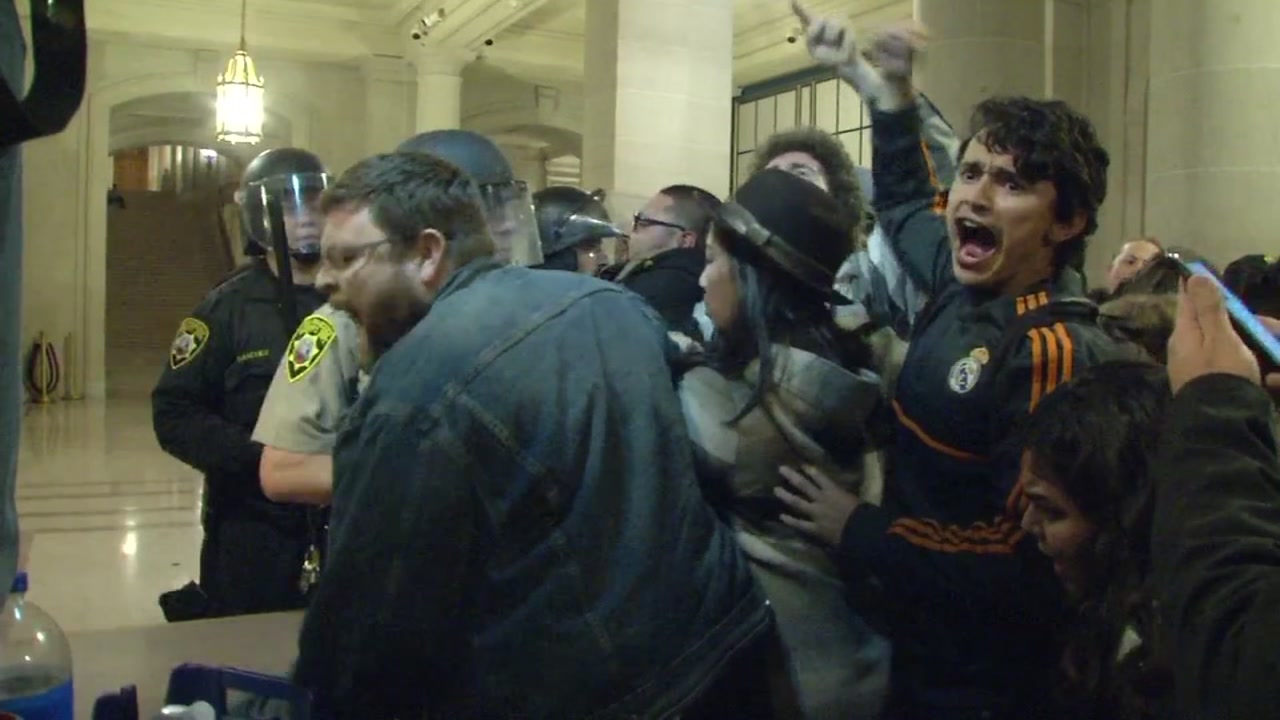 "Just becasue the hunger strike is over, doesn't mean we're going to abandon our demands. We want the chief of police fired and because of how the mayor has responded, we would like the mayor to go, too," said Abeba.

San Francisco Mayor Ed Lee last spoke with the Frisco Five via phone on Thursday, but no resolution was reached and the mayor said he stood behind Suhr, according to organizers.

In an emailed statement, Chief Suhr said he respects the protesters and commitment to reform. "We want to work together to have the best police department possible for our wonderful City," wrote Suhr.

Meantime the Frisco Five remain hospitalized so that doctors can monitor their health.

Protesters say there will be more activies this week though they won't say what they have planned.

Several Ucsf med students out here in support of the Frisco five's mission to demand Sfpd #chief to step down pic.twitter.com/FUdkVKWyOF